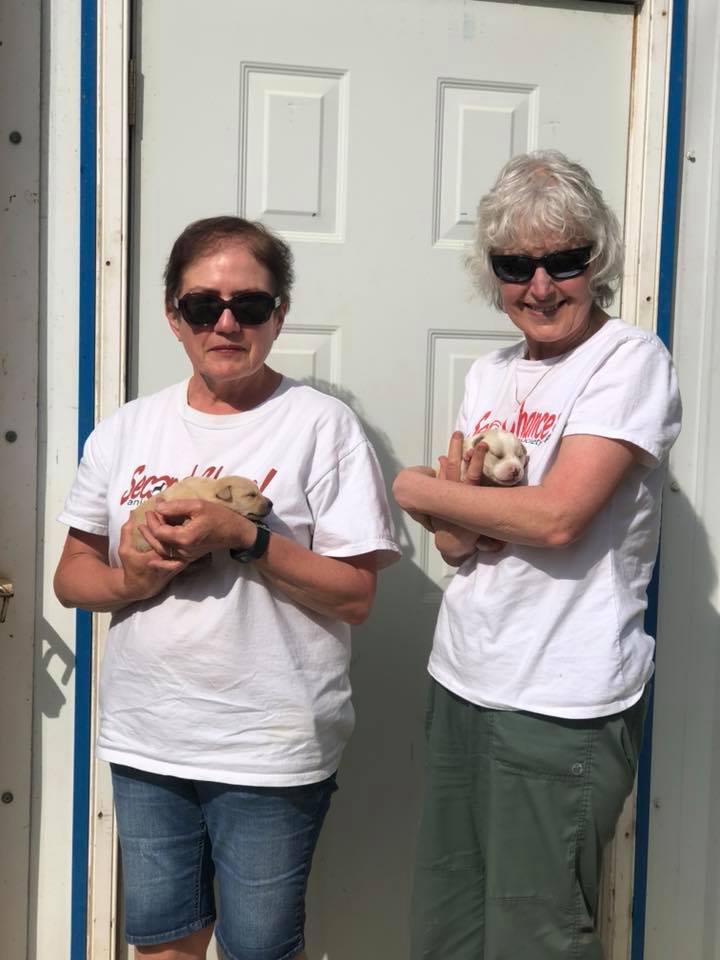 Our volunteers help animals in many ways. One of those ways is our Doggie Railroad. The DR is a group of SCARS volunteers who are part of a contact list for opportunities to transport animals. The trips can be short or long. Here is one of their stories…

Yesterday my sister, Laurel Cunnington, and I drove to Wabasca to pick up a mom and her young puppies from the pound and take them to Athabasca. Laurel and her husband, Mike, are members of “the Doggie Railroad,” a team of SCARS volunteers who pick up rescues and drive them where they need to go!

When SCARS found out about a mom with very young pups that had been left at the rural pound located several hours north of Edmonton, they jumped into action. They knew this family needed urgent transfer to foster care!

We left Edmonton around noon. Laurel had taken two large crates with us and we also carried extra towels and water. A long drive ahead of us but the highway was excellent and we encountered very little traffic.

We’d been driving for an hour or so when a text came through from Paula Bissell, the dedicated volunteer who lives in Wabasca, asking if we had room for another dog, a medium-sized young female. We said yes!

It was around 4:30 p.m. when we reached Wabasca. Paula and her two children met us on the outskirts of the hamlet and led us to the pound – and the rescues. Like many of the pounds SCARS visits, this one is “attached” to the town dump/refuse centre. The puppies were sleeping on a blanket on the concrete floor. Their mom walked to the front of the cage/run to greet us. In the next run was the very skinny young female. Paula advised that she hadn’t been eating but seemed to be generally healthy.

We put the nine tiny puppies into a makeshift bed (fabric doggie bed, towels) on the floor behind the two front seats of the vehicle. Mom and Young Girl occupied the crates. Everyone settled down and we began the drive to Athabasca. We played country music (softly) for the rescues and talked to them, reassuring them that everything was going to be fine.

It was around 8 p.m. when we arrived at Sylvia Christiansen’s intake facility just north of Athabasca. She had created a beautiful, safe space for mom and babies. When the little family had settled down, mom had a long, refreshing drink of water. Sylvia walked her around the space outside their building… introducing her to the new surroundings.

11:00 p.m. saw us back in Edmonton again. A long day. I felt tired… but it was a “good tired.” Being part of a rescue’s life-changing journey is special. Mom, Babies and Young Girl are in my thoughts.

I’ve accompanied Laurel on several trips to pick up rescues and each time my heart has been touched by the experience. Being able to help innocent animals by being a part of their steps toward finding “forever families” is emotionally rewarding. 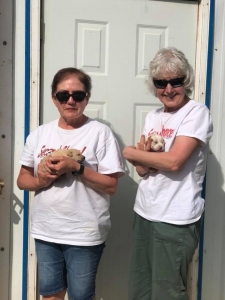 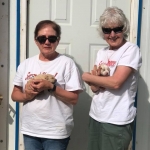 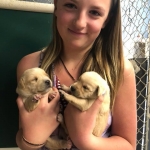 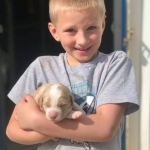 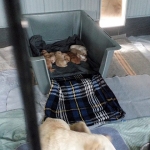 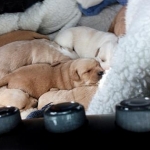 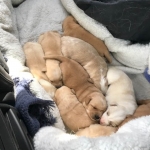 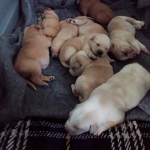 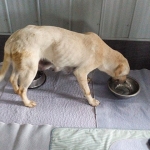 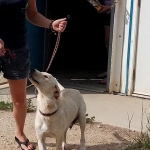 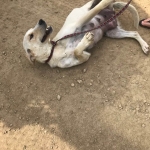 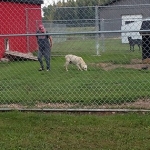 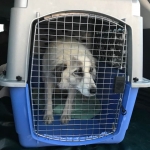 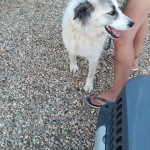 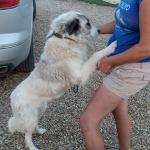