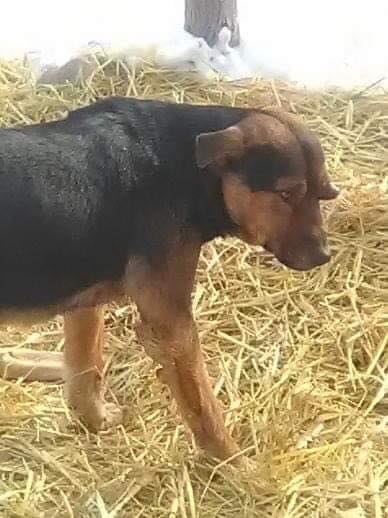 **Warning Graphic Images**
On February 20th, we got a call about an injured dog named Buster (yes another injured Buster!). When he was picked up his injuries were clear. Buster had a bad eye and a deep wound on his leg, but it was only once the injuries were cleaned that the extent of his injuries could be seen. So without wasting time the vet had Buster in surgery to remove his eye and start to repair his front leg. Thank you to our amazing team for getting Buster into care and to the staff at Westlock Veterinary Centerfor getting Buster on the road to recovery.
*He is not available for adoption at this time* 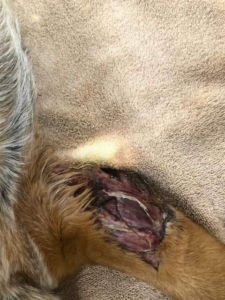 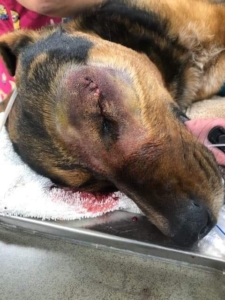 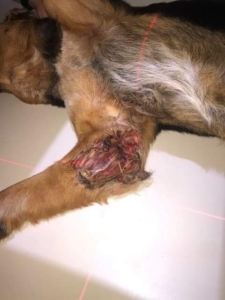 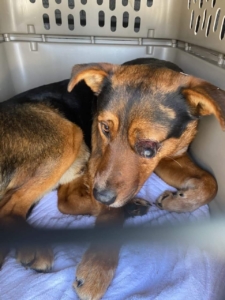 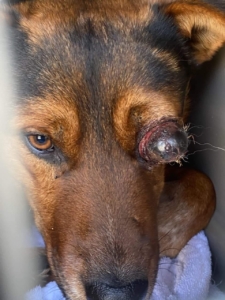 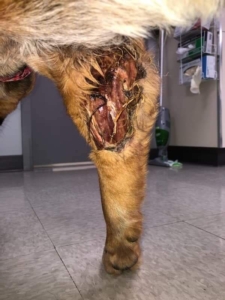 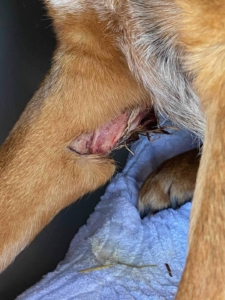 Buster is still in rough shape after his surgery to remove his eye and repair his leg. After further investigation the Vet noticed he has a lot of bruising on his abdomen which is very painful.

He was scheduled for more x-rays and that reviled he has a fracture in his tail and it’s worrying that he may have a leak from his bladder. More testing is in Buster’s future and depending on the results he may require a more specialized treatment plan. Please keep Buster II in your thoughts and prayers. 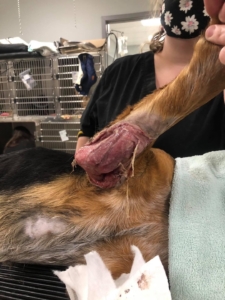 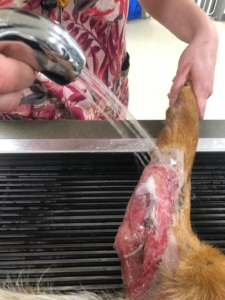 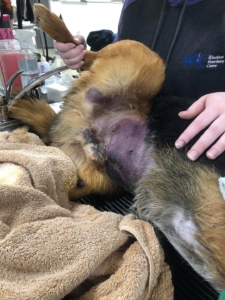 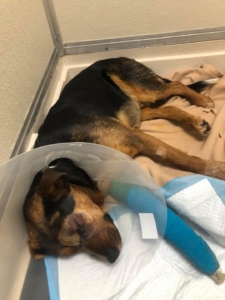 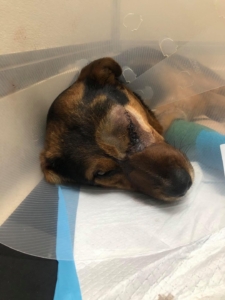 March 1 update… We are happy to say that Buster II is doing great and starting to feel better! His bladder seems to be functioning normally; he was able to urinate on his own which is a good sign. Laser treatments on his leg wound have begun and it’s starting to heal. Buster II is on the road to recovery! 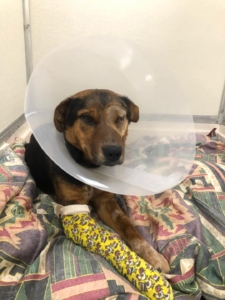 We are so happy to share that Buster II is doing well! He will be going for a skin graft next week. Our fingers and toes are crossed it works. 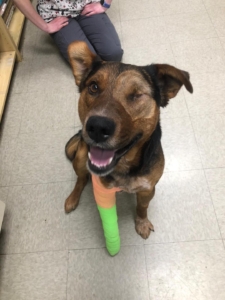 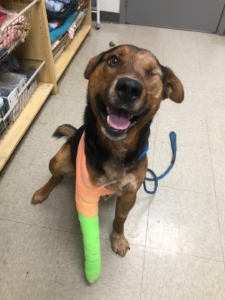 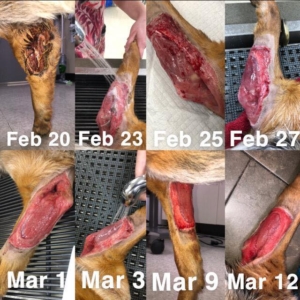