Nicholas has been rescued from the cold

Nicholas has been rescued from the cold 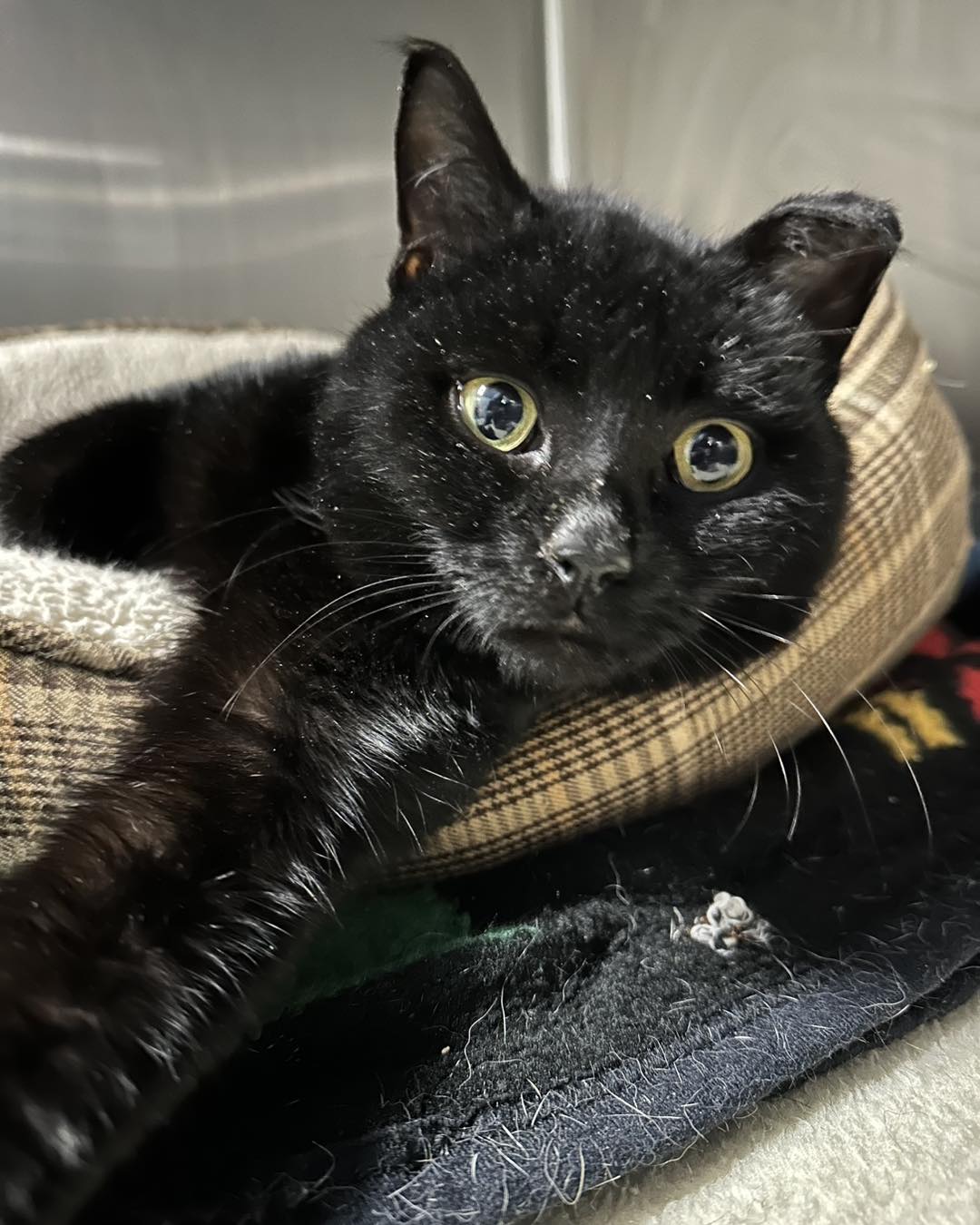 In 20 years SCARS has never seen this high numbers of animal abandonment. Animals just left to try and survive, on roadsides, at shelter doors, vet clinics or just dumped on random properties. It is a crisis. 🚨

Despite frigid temperatures, it was a normal day at our Athabasca Facility. As chores finished up and the animals were all tucked away safely at day’s end, an unfamiliar cat walked up the driveway. Cats are never outdoors at this facility as we have many large dogs housed here, many of whom have no love for cats. Nervous and in unknown territory, when workers tried to approach this new kitty, he ran away.

The overnight forecast was for temperatures in the -40 range, not to mention all the nighttime dangers lurking on a rural property. Our workers set out food and live traps, and searched the yard again and again, until exhausted themselves, they had to give up at 1 am. The live trap was taken away, because without someone there to immediately get him out he, would freeze. A cat house with lots of straw was left for him in hopes he would go in and shelter from the elements.

The next day dawned and there were some tracks around the yard, but not a glimpse of the kitty. For their safety, SCARS dogs are housed indoors overnight. In the morning all get a chance to go outside for their bathroom breaks and those who are acclimatized and love the cold get to spend some time outside playing. After a quick search for the cat, regular chores began, including letting the dogs outside.

As it turned out, overnight survival instincts had kicked in and the cat had burrowed into the straw in one of the dog houses. Hidden from view and safe from the elements, it had sheltered for safety.

One by one the dogs were let out, when suddenly one of the workers caught a glimpse of the cat. As quick as she was, the dog was faster and pounced upon the cat. With adrenaline running high, she quickly took control of the dog, allowing the poor kitty to escape. At this point, kitty made a poor judgement call; rather than wait for human help, he scrambled up the fence and leapt into the next dog run. Unfortunately, that run housed a dog with no love for cats. Seeing potential catastrophe about to happen, our poor worker rushed to his aid again. Her efforts were rewarded as she saved the cat from being mauled.

In his fear and fight for his life the cat did accidentally bite her, but we know it was just survival instinct. And so it was off to the hospital for our worker, off to the vet for our kitty. We are happy to report that aside from a couple of puncture wounds and some muscle damage, both are going to be just fine!

In honour of Christmas, we named our new friend Nicholas. Now in our care he is a sweet and friendly fellow. We are so grateful for the quick thinking and dedication of our worker, she is truly a life saver! ❤️

Nicholas is safe and alive to enjoy his Christmas, please for his sake and for the lives of all animals continue to support our rescue efforts – donate, foster volunteer. Their lives literally depend on it. 🎄 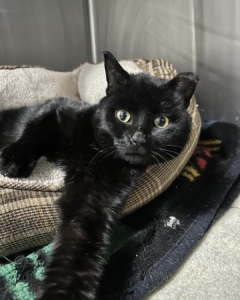 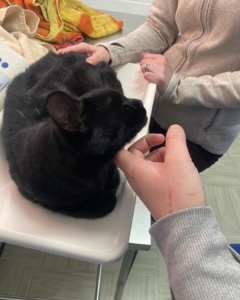 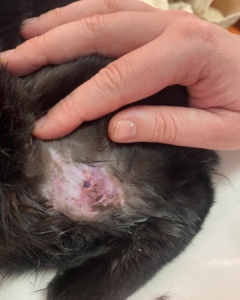