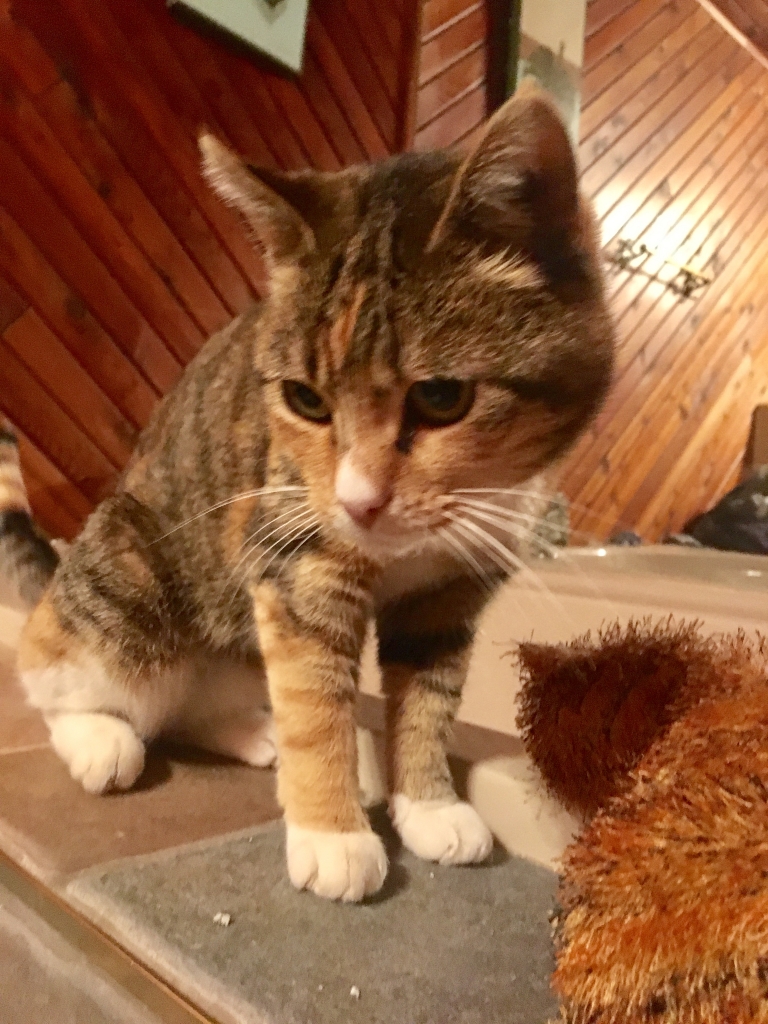 I have quite the “tail” to tell, but since I can’t talk my rescuer will share my story….

You see, a routine trip was made to pick up pets at one of scars’ partner pounds.  But in an attempt to make good time a short cut was devised/attempted and a whoops a wrong way happened and we were driving down a road attempting to navigate when we noticed a cat sitting on a guard rail near a large dug out in the middle of no where.

As we drove past at highway speed, we surveyed the situation and quickly decided it was a wrong place for any cat to be sitting and weird that it would be all by itself with no houses around for miles. We turned around and parked as we got out of the van the cat startled and jumped down but unlike a feral cat didn’t run, just sat and loudly meowed.  as we walked into the ditch, we saw an obvious divot/dent in the snow and then tiny cat paw prints out.  That’s when we knew she had been tossed out and landed in the ditch and then crawled out of the hole and remained at this dug out.

As we approached her she ran ahead but continued to meow (a call for help) but she was scared.  but catching a cat that doesn’t want to be caught in the middle of no where isn’t easy. We slowly walked, and she ran a few steps ahead crying the whole time.   She even at one point attempted a run through the field, we assume all hope was lost, BUT she hesitated, I ran ahead of her and she waited, she then doubled back and laid down and let us approach and pick her up.  She was skin and bone and so happy to be held and even happier to be warm and fed when we got in the van.  She is a cuddly lovely cat who is gaining weight every day.  We named her Wrowa short for wrong way, lucky cat? Or lucky diversion?

There is only 1 day left to donate to our Pay It Forward campaign and help cats like me! 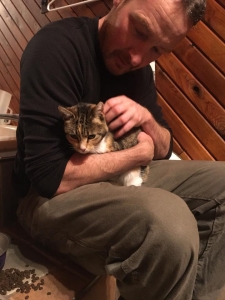 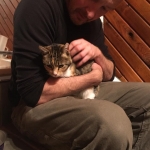 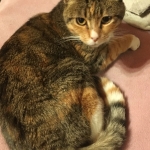 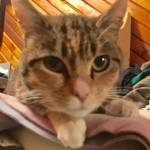 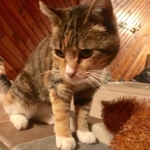 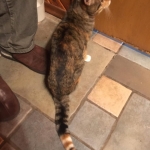 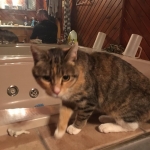 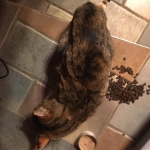 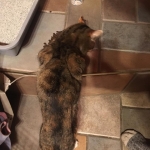