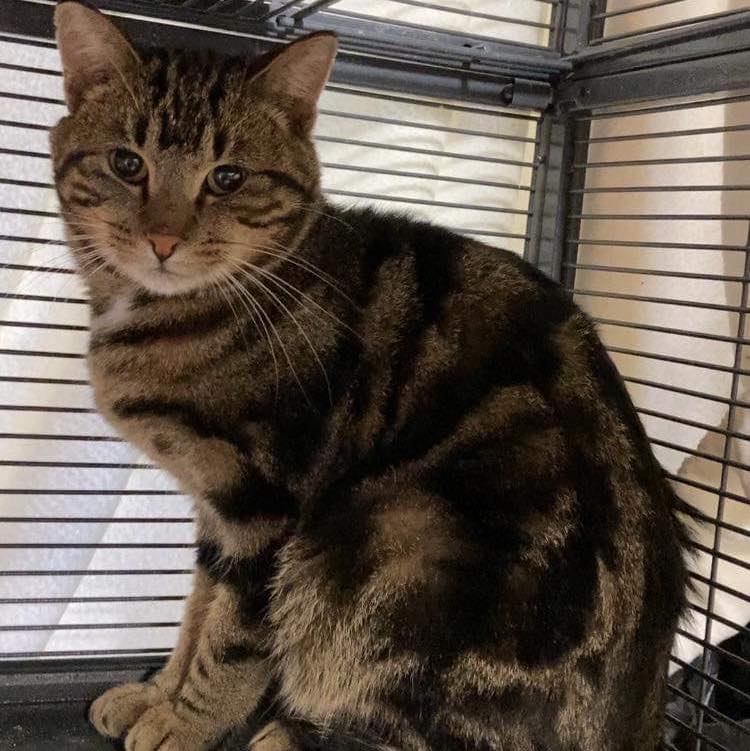 Buddy came from a small town where an 80-year-old lady had been caring for him and about 60 other cats. She was baking seven loaves of bread a day to feed them as she couldn’t afford cat food. A SCARS volunteers heard about her and went to work removing some of the cats and several other rescues stepped up to take the majority of the cats and provide cat food going forward. Buddy was the latest to be removed and he couldn’t be happier to be warm, safe and not having to fight for survival.
He flops on his side and purrs the second you touch him, he’s been craving a gentle touch that he never received while living within a feral colony. Buddy’s tail likely froze off when he was a kitten but his stubby tail just adds to his adorableness!
He horsey jumps for pets the second he sees you, he will likely take a couple days to realize he’s safe at his new home (and he doesn’t love getting picked up just yet) but once he does you’ll have a Buddy for life, someone will be lucky to get this sweetheart. His former caretaker is so happy and grateful that people are giving these lost souls a warm home and the attention they deserve. 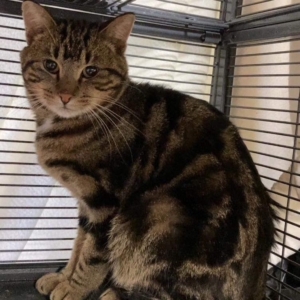