Toby (in loving memory of)

Toby (in loving memory of) 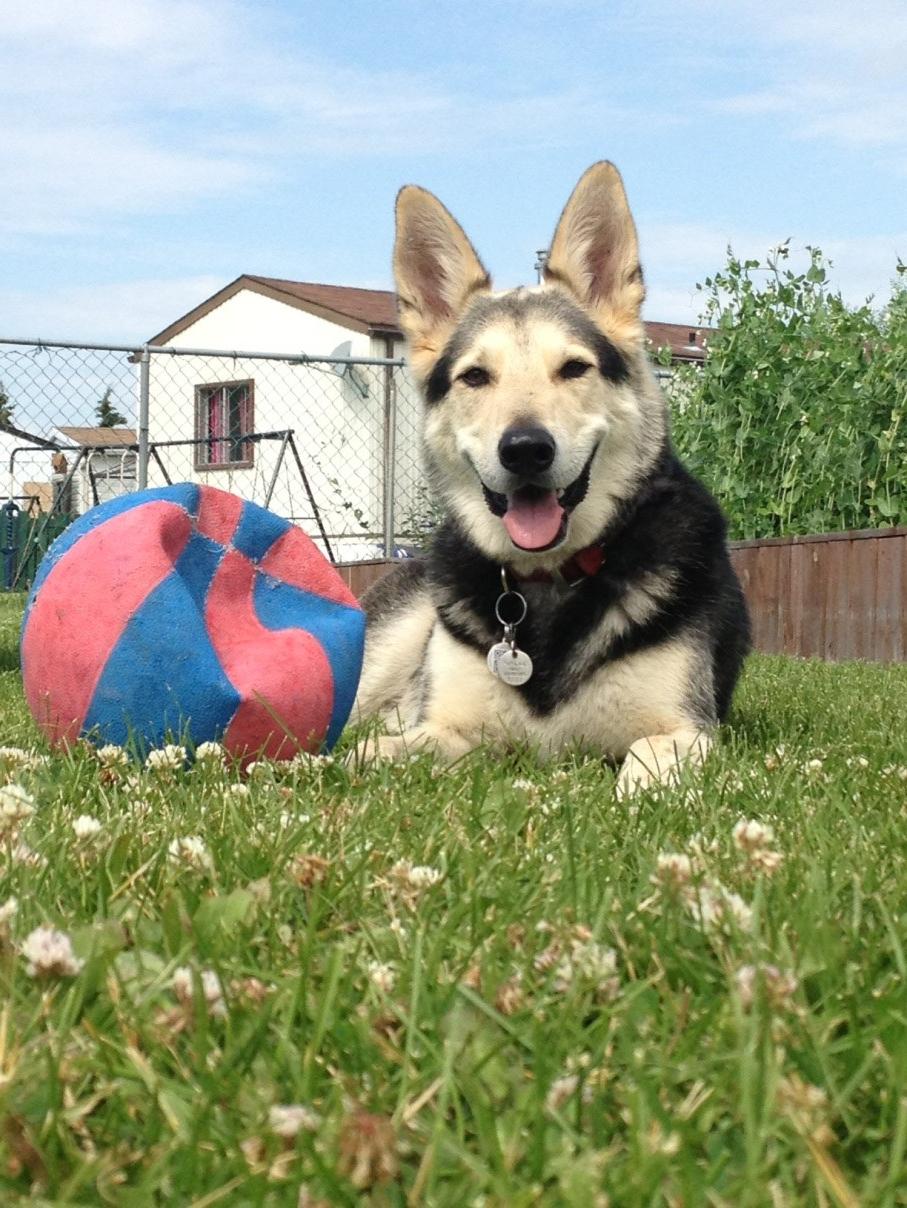 Fourteen years ago we lost an important member of our family and after a few months of grieving we decided we still had enough love to welcome another into our hearts. We found our way to the Pet Expo in Edmonton with our eyes set on a vibrant female puppy that was full of energy and the most mischievous of pups! We found our way to your booth and immediately saw the rambunctious pup we thought we were going to be taking home that day. We were wrong! 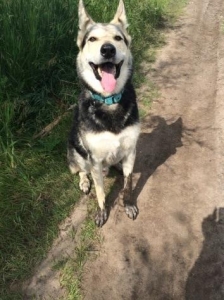 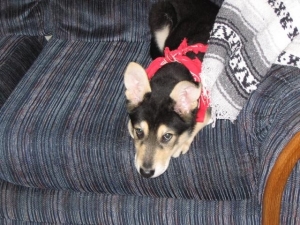 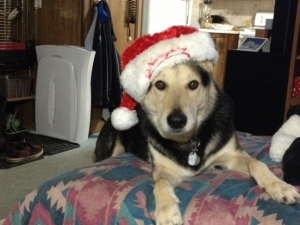 As we were interacting with the group of puppies, seeing whose personalities would fit in with ours, we happened to notice a black and tan colored pup sitting alone in the corner, his intelligent eyes watching everything going on in front of him. We walked over to him, let him smell our hands and then accept a gentle scratch to one floppy ear (and chuckling that the other was standing straight up) before giving in to the urge and picking him up. He cuddled in deep, as if he didn’t want to be put back down. Instantly, we knew. We knew this would be the newest member of our family. Something just felt right, like a missing piece of a puzzle had been put into its place. And so, we ended up in the car, a young pup of 3 months whose history was a mystery but whose future was certain. He came with the name Toby, and Toby quickly stole our hearts! What followed was 13 years of love and adventure and laughter.

Toby was shy from the moment we brought him home. He didn’t seem to like strangers and often hid behind our legs if someone he didn’t know came too close. He wouldn’t even take treats from them! It took friends and neighbours a long time, and thousands of treats to earn his love, but once you had his love, you had it for life. Once you had his love, he would bow his head into your leg and ask for neck scratches, or give you a hip check and lean his entire body onto yours.

About a year later we got new neighbours, who happened to adopt a beagle by the name of Koda and the two became instant friends. Our back door led directly into their yard, and we would let Toby into their yard, where he would instantly run to their front door and bark, asking politely if Koda could come outside and play. For hours they would chase each other around, wrestle or just bask in the sun and take naps in the shade. Right to the very end, they ran off and explored together, noses to the ground picking up every scent they could.

As the years crept by, we had adventure after adventure with Toby by our side. He never failed to make us laugh and find joy in the smallest things. If he wanted to play he would either pick up a toy (out of the hundred he had!) and bring it to us or sit in front of us, giving us his paw and staring us down until we gave in! 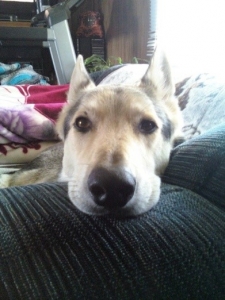 Toby loved being outside! He didn’t care if it was raining, or snowing, +30 or -30! Play time was play time! If he wanted to go outside and play or go for a walk that’s what we did! He had so much energy that he would run laps around us, literally. If we were outside tending to the garden we would usually find him lying in between the rows of peas or just outside the garden keeping a close eye on us and waiting for the moment we would move close enough to his ball or Frisbee.

If he got too hot, he would just take a dip into the pool! His pool! He loved water, lakes, rivers, pools, puddles… everything except the bath tub! He couldn’t get far enough away from the dreadful bathtub! 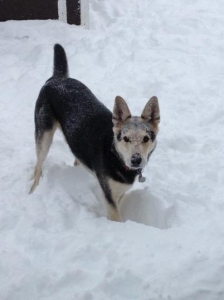 On weekends, when we decided it was a day to sleep in he would come and stick his face into ours and let out a big sigh to wake us up because he always knew we would get up and let him outside. After all, when you gotta go, you gotta go! We usually weren’t allowed to go back to bed at that point, because now that we were up, it meant it was play time!

We would often bait the house with treats so that when he woke up  or came back into the house he would have to use his nose to find  everything we hid! We rarely ever fooled him. We often said he would have made an amazing tracking dog.

Between his strong nose and his  large ears, not to mention his determination to never give up, he would have been one of the best! Hide and go seek was another popular game in our house! Not one time did he fail to find us, even the one time one of us climbed a ladder and hid on the roof!

He was so smart, smarter than any other dog we have had the chance to meet. And so personable! He always knew when someone was feeling down and would lay close to their side or do his best to distract them. He knew if he stood at the bottom of the fridge and looked up that someone would notice and pull the treats down and give him one. 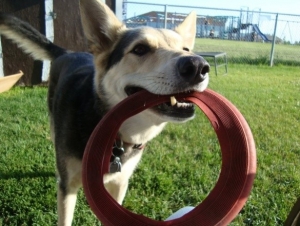 He would get the “zoomies” and would be running so fast there was no way anyone could possibly keep up with him! Even in his old age he would get moments when he acted like a puppy, and though his spurts of energy were short, he still had enough to keep us on our toes!

And so SCARS we want to thank you with all our hearts for the joy and the love you brought into our lives, for all the memories and adventures that Toby gave us. If it wasn’t for you we never would have had Toby in our lives, and countless other families never would have had the chance to know the same joy. It was with the heaviest of hearts that we had to make the choice to send Toby to heaven after a quick decline in his health. Though Toby isn’t with us anymore, we will forever remember him and be thankful for everything he brought into our lives.

Thank you SCARS, thank you to all the volunteers who spend countless hours ensuring all those like Toby get a second chance at life. 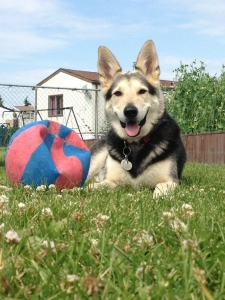