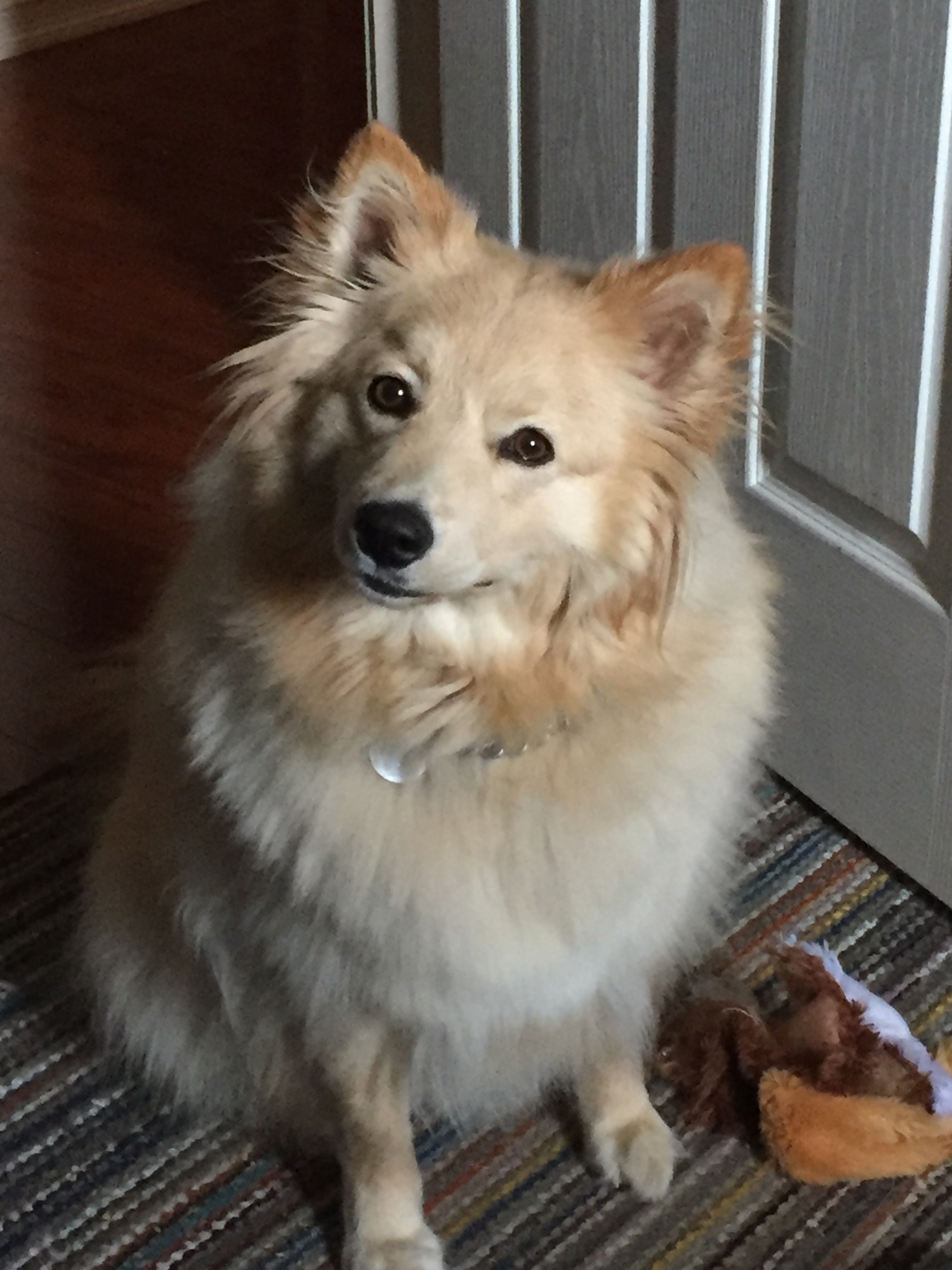 Hi SCARS! I was looking for a new puppy. Well, not necessarily a puppy. Ok, truth be known, I didn’t want a puppy. I didn’t want to have to go through house training again. But, who can’t look at the puppies anyway?!

I saw a picture of Street (formerly Kara) on the SCARS website. There was just something about this puppy. She was pretty much everything I didn’t want in a dog. American Eskimo, so likely a small dog, long hair, and a puppy. I debated for a while, and her picture disappeared. I started looking again. Then her picture came back. I looked again. I decided that I had to go look at her. She jumped into my arms when I got there and curled up on my lap, and spent the next hour there, while I went through everything with her foster. There was a big concern from her foster about how I would feel if she didn’t stay small. I said she will be whatever size she is. From my perspective, bigger was better, but small would be just fine too. She owned me already. She was still too young to go home, so it was a very long week while I waited for her to get spayed, and be ready to come home.

When I went to pick her up, she was happy to see me. I put her in a kennel for the one hour trip home, and away we went. I have never regretted that decision. We are so bonded that the neighbours aren’t sure how I leave her when I have to go out of town.

She house trained very quickly. Actually, there were very few accidents inside. She is also credited with stopping a burglary at one of the neighbours. They found their shed had been broken into, but nothing was missing. They recalled Street barking the night before, and credit her for chasing away the thief. She got extra large milk bones that day, from the neighbour.

She is constantly watching out for me. She understands my mind and how it works. The other night, she woke me up. I thought it was because she needed out. It turns out I was having a sugar crash, and needed to eat something.

She is my best friend, and companion.

She has about enough hair for three dogs her size. It’s ok. I brush her just about every day.

I am so thankful to SCARS for helping us find each other.

Hi SCARS! Just a note about Kara, who is now Street. I know it’s only been a week, but she is an amazing puppy. She is pretty much house trained now, but she still has the occasional accident. However, whenever she does, it is always on the training pad. She has learned to sit for things as well. By the end of her second day here, she was playing fetch with a ball, so that is one our things to do. The cats are getting used to her, and no longer run when she comes around. She was just a little more, OK, a lot more, energy than they were used to. One of the cats plays a little bit of chase with her now.

She is still not used to all the noises around here. When we go outside, if a dog in another yard barks, she tends to run back up on the deck and wants to go back inside. She is getting better about that as well. She doesn’t bark outside either.

One of the reasons I was looking for another dog was because I suffer from depression, and my last dog was a big part of my treatment. Street is excelling in this area as well. She is a bit of a cuddle bug, and very quick to give kisses and comfort. I went out a couple of days ago, for the first time since she came home. Apparently, she lay on the floor in the kitchen until I was backing into the driveway, and she met me at the door when I came in.

So, thank you for helping us find each other. 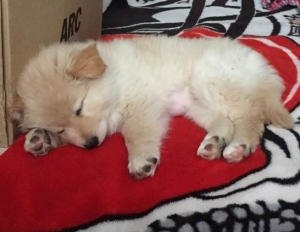 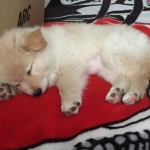 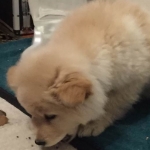 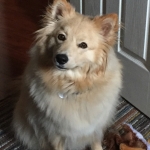 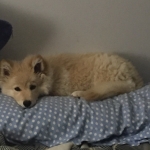