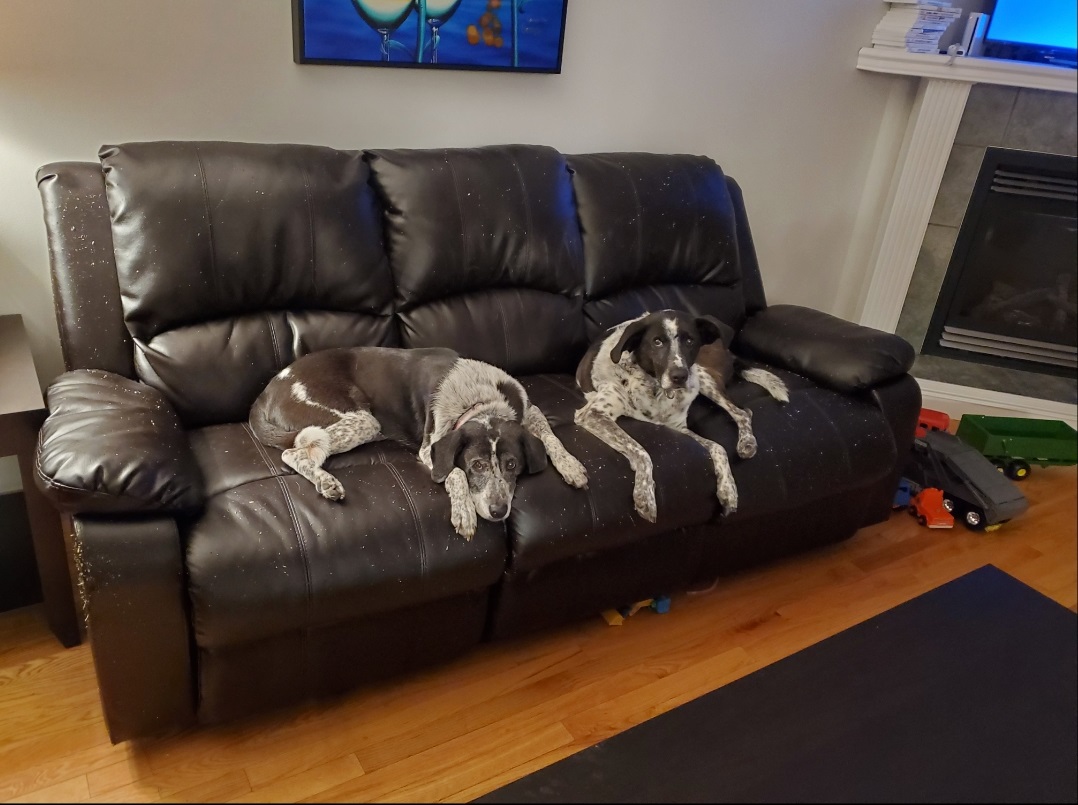 Hello SCARS, I thought I would send you a long overdue update. Thirteen years ago, I was a foster mom for SCARS. I was young, early 20s. I had no idea what I was doing. My first fosters were sent to me – Captain and Tennielle, now Sir Duke and Tennielle. They were in rough shape. Both had distemper, and Duke also had demodex. The vet had made the suggestion at one point to humanely euthanize them. This broke my heart. Through isolation, being carried for bathroom breaks, many vet trips, and love, they overcame this awful disease. They were very shy and guarded, and of course a bonded pair. Foster fail!

You will notice Duke has three legs now. When he was nine, he developed a localized sarcoma on the lower part of his leg. We had it debulked and it seemed to be OK. Just before turning 12 the sarcoma returned, only it was much worse and three times the size. The best option was to remove the leg. It was hard for him at first, but now he has the hang of the tripod life. Tennielle is in very good health. She seems to think she is two years old most days. They love the outdoors and camping! I am so happy to tell you they just celebrated their 13th birthday in September and are still going strong. They live very happy, fun filled lives with their three human siblings, a German shepherd sister, and several cats they tolerate (all are rescues). Thanks for all you do!

Note: The first picture was three days after I got them. The other photos are of them now. 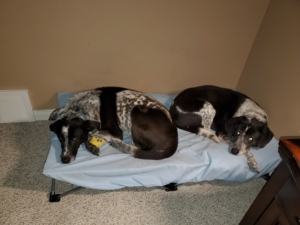 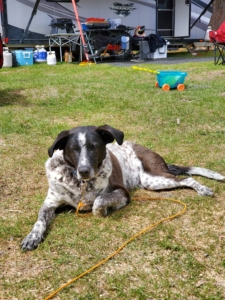 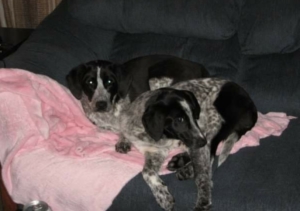 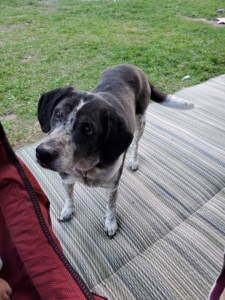 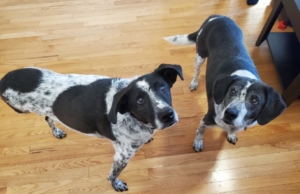