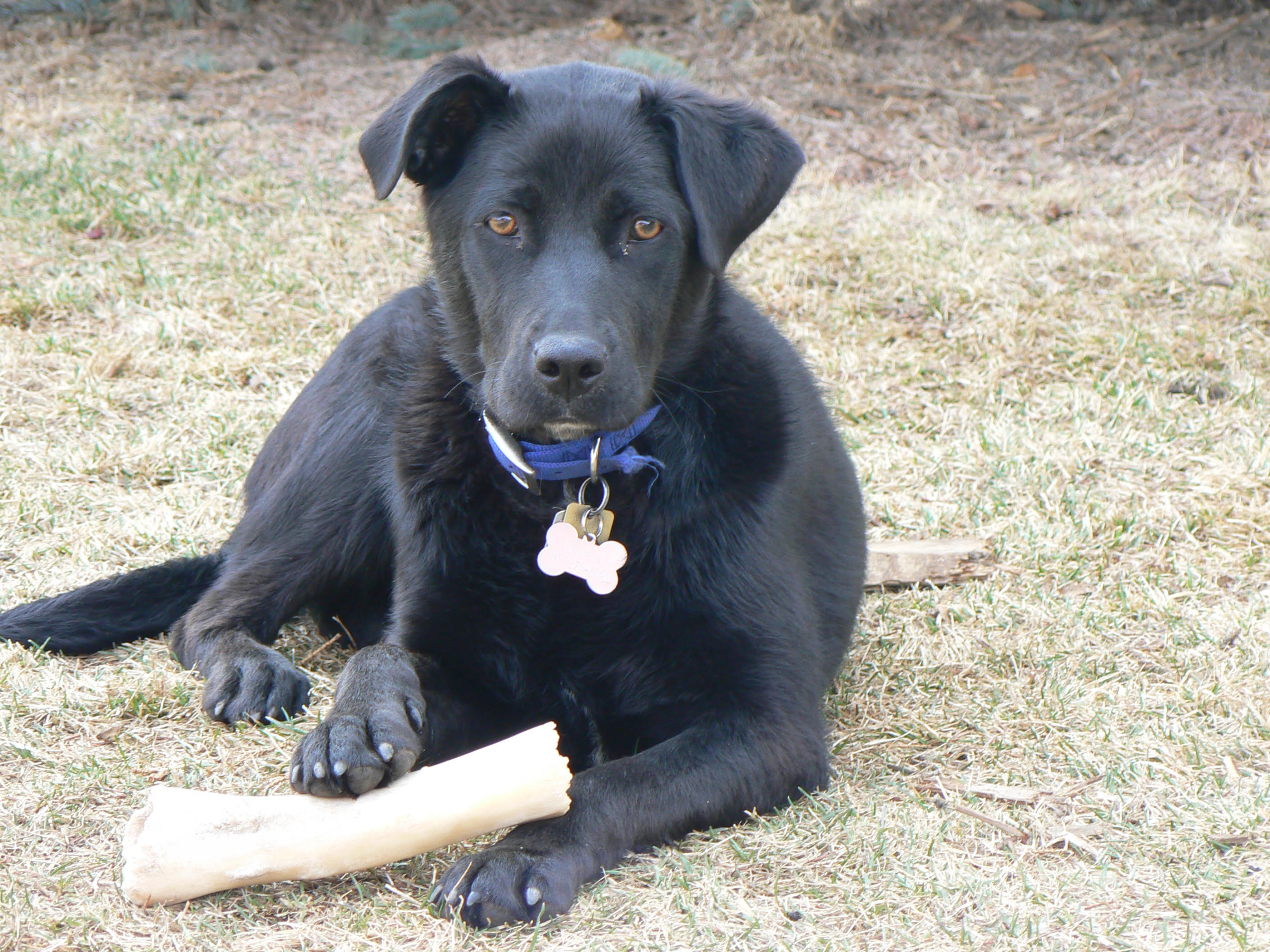 Hi SCARS, We already had one rescue dog (called Cinder) and we wanted a second, so with Terra Maclean’s guidance, we picked out this 6-month-old female lab X called Miggles Mia from the website. We agreed to pick her up in January 2008. She was a wild and skinny thing, almost feral, and we left with instructions on how to give her a high protein diet to help her put on weight. Well no worries there, she never stopped eating for the next twelve years.
We decided to call her Sheena, from Sheena is a punk rocker, and It took her a few months of work to get her to bond with us and settle down, but after that, she became a very loyal and well-behaved dog. She never required any training and if the other dog did something she knew we did not like, e.g. bark at the fence, Sheena would go over there and stop it.
Sheena had a couple of hobbies, playing fetch and cooking. Every night she would run up and down the hill many times at the local off leash chasing a ball. If we went for a walk without a ball, she was 100% focused on finding some other dogs discarded remnant of a ball to play with. On weekends when my wife was cooking, Sheena would always be in attendance with suggestions and clean up services. She had excellent eye mouth coordination and could snap any piece of food that was tossed at her from out of the air.
Sheena was a caring dog in general and she really looked after me in particular, and I appreciated it. If I fell while cross country skiing, she would always run to me and fuss over me until I got up again. If I got sick she was always at my feet all day long making sure I was ok. Sometimes the kids would pretend to punch me, this would cause Sheena to get really vocal with the offender.
Sheena had a full and active life for 12 years, but in the last 12 months she developed bad arthritis in the paws and a number of other problems. She never complained but a few days ago it became clear she could not go on and we made the difficult decision to let her go.
We are very honored that this loyal and caring dog chose us and spent her adult life with us. There is a big empty space in the house now. We miss Sheena.
John & Mary Lou Gillatt 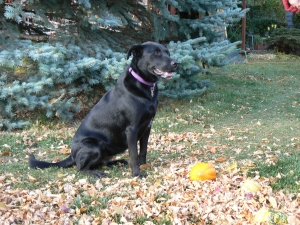 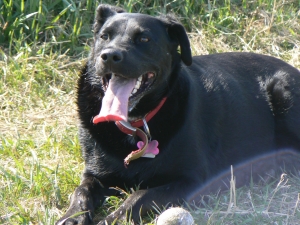 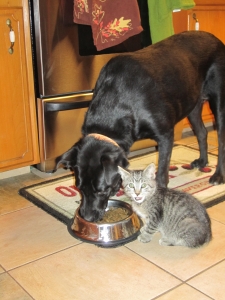 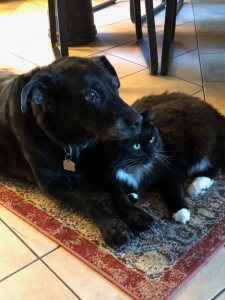 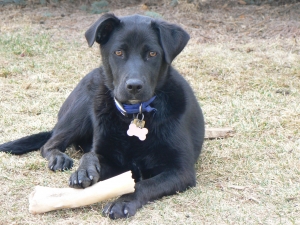 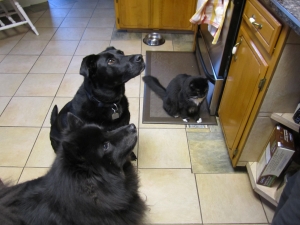