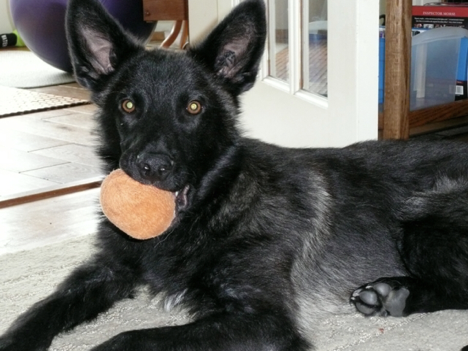 Hello SCARS, Here are three images of my sweetie. The first is when he was still mere months old… when HE CHOSE ME at your open house event. There is also an image showing him today plus an image of our trip to Oregon for his first sight of waves and ocean.

I’m thankful to the foster parent who trained him with the basics before he came to my life. With consistency, he has followed (and expanded) his vocabulary of ‘commands’ and responsive words. He has behaved well and with constraint in the times that mattered. He has been a real gem all around. You called him Fuzzle (ugh), but he took to (smiley!) Ryley easily enough. Our life has been an adventure ever since. More walks than I can recall. Tenting/exploring all over this side of the country. Playtime he never tires of. The bear that snuck up on us that he helped dissuade coming any closer (with bear banger/flare shot helping out). Wide open prairies. His first visit to the ocean (biting the waves he pounced on) and crispy cold mountain slopes. But mostly, his perpetually, wonderfully positive spirit has been so crucial over so many hardships in this life. I lost too many other lives and ached through too many other events that would’ve been crushing if it wasn’t for him being there with me.

He’s now going on 13. Still a puppy, in an achy slower body, sparkling eyes clouded with cataracts. There wasn’t a day I didn’t think “how can I make it better” for him… or what new walk can we find to explore, as we both seem to get bored with the “same ole” off leash areas. I know I made Life better than when he was dumped in the country side by some cold dead soul of a person (human?), but still I am haunted by the sense that I can do more somehow. He never was a ‘tool’ like so many other canines are acquired for, no, he became family and roomie… his life matters… I don’t “own” him, I grew up and lived with him… we savour Life together. There are no other words I can think of to relay to you what a joy and total benefit his existence is to me.

Thank you… and thank God for him coming to my life. 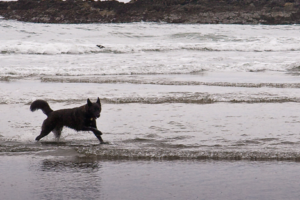 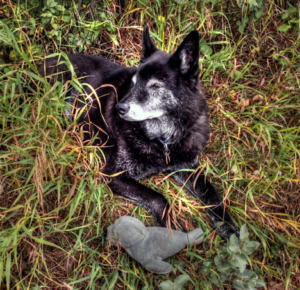 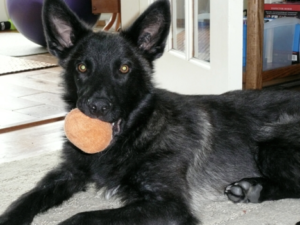