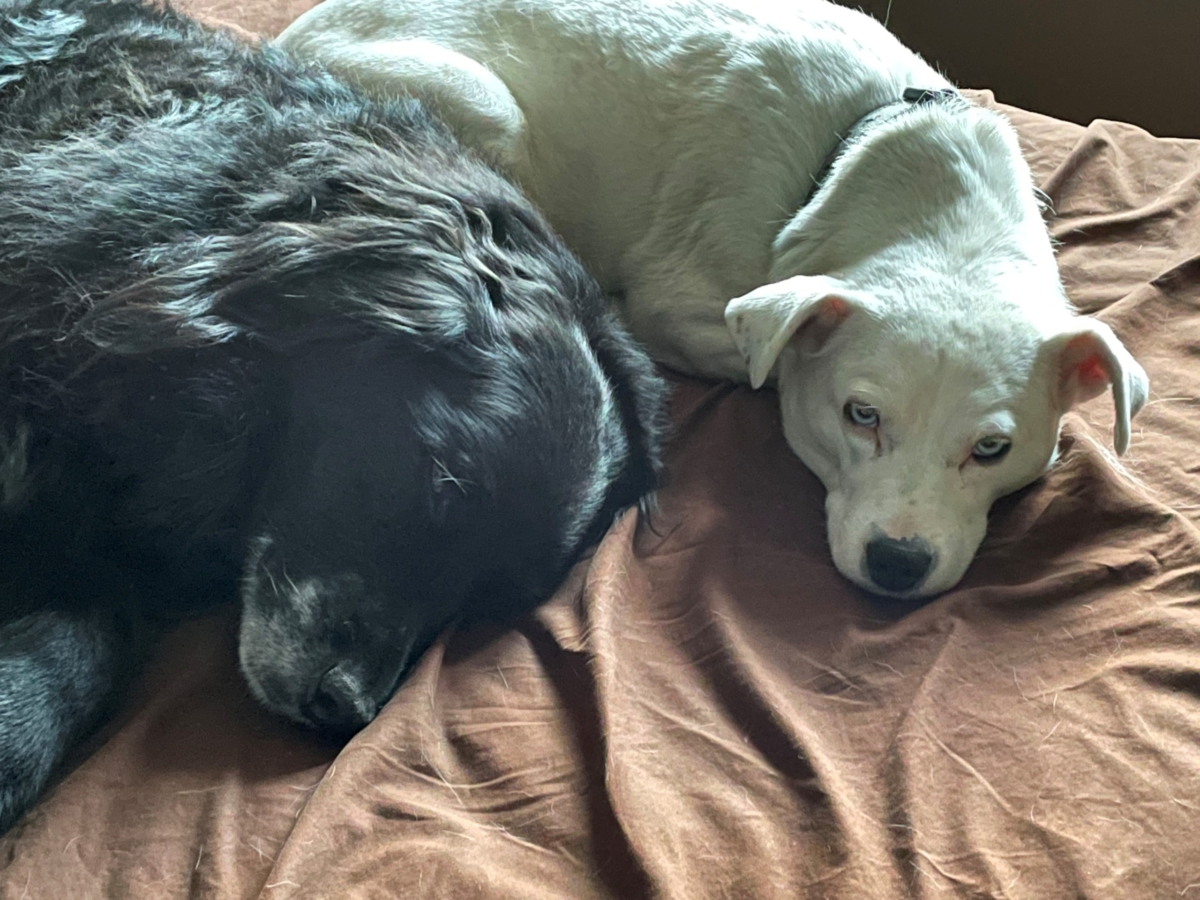 Hello SCARS! In 2010, we adopted Prince (AKA Blackie, the big black retriever) when he was just a puppy, and in 2017 we brought Azura into our home as well. Prince is now 12 years old and has been described as full of life. He is the friendliest dog you will ever meet, and he is content to be with his people and live his life. Prince blew out a hip when he was just one year old, but despite that he has remained his happy-go-lucky self. He is a huge snuggler and an oversized lapdog. He is an incredibly loving dog, and we are so lucky to have him in our lives.

Azura (the little white dog) has quite a different story. She was live trapped as a puppy and brought into SCARS’ care along with her mom and siblings. When we met her, she was the shiest and most fearful dog we’d ever met. She barely made any noise, hid in any corner and crevice imaginable, and would not interact with any men. Azura was very reliant on Prince as her source of confidence. She would barely let us touch her, let alone snuggle. We were told that she would probably never be a “normal dog.” With Prince’s help and a lot of patience from her people, Azura has become almost unrecognizable as that scared & fearful dog. She is almost 6 years old, loves going on walks and running in the park. We were told that she would never be an off-leash dog, but she has continued to impress us with her recall and love of her “pack”. When she would previously hide from new people entering our house, she will now go up to them and sniff them – if you’re lucky she may even accept a treat from you. She loves camping, exploring and of course running around the yard getting her zoomies out. At night, she likes to curl up in the master bedroom with Prince and her people. She has truly impressed us and is a testament to how with the right environment, companion and a lot of patience, any dog can flourish and grow no matter what their circumstances.

Prince and Azura are the best of friends, and even at Prince’s age he still likes to go on walks and have the occasional play session. They are so lucky to have each other.

It has been a long time since we adopted these two, so long that the volunteers who helped us bring them into our lives might not even work with SCARS. But to any volunteers, please know that you are making a difference for these pets that you give so much to help, and we hope that these two inspire you to keep helping – you are making a difference. 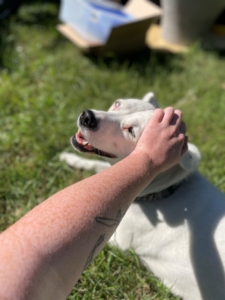 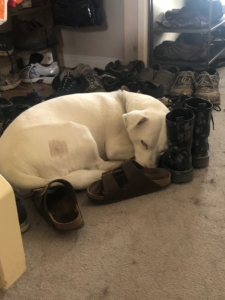 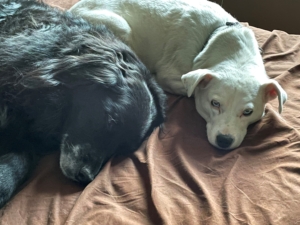 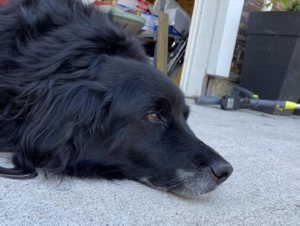 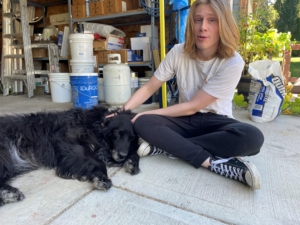