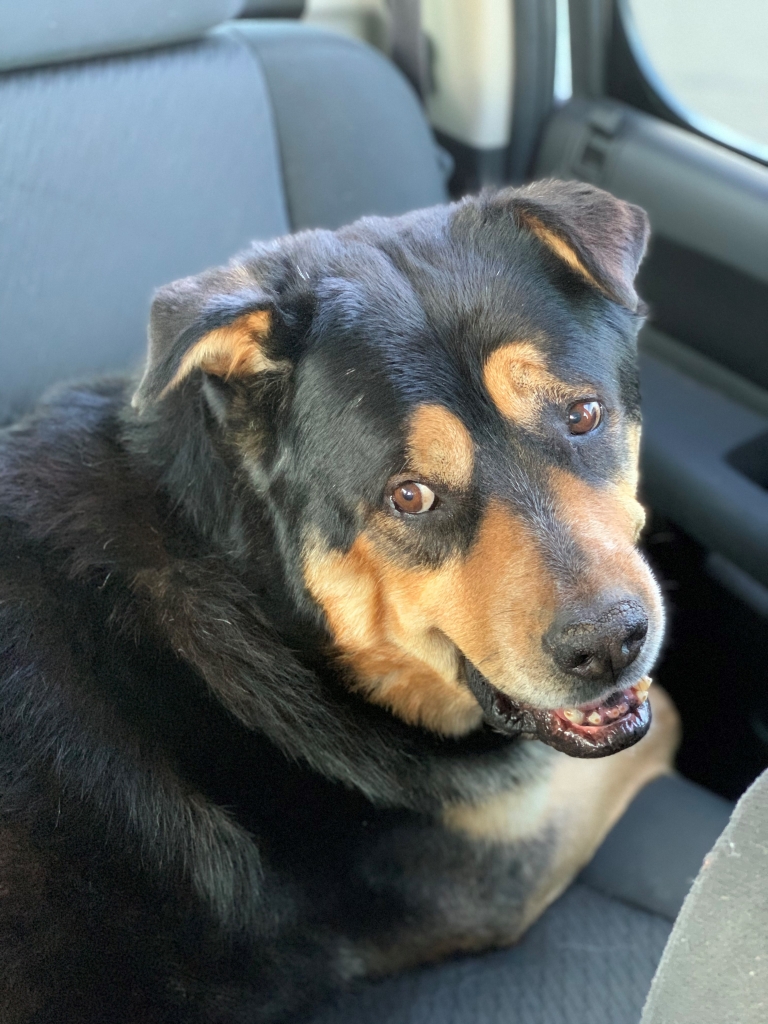 Hi SCARS! Easy to say in three weeks we’ve come a long way. When we decided to find a friend for Hippo we knew it was going to be a challenge. We needed someone who was at the same pace/energy level and someone who could deal with her attitude. Luckily we were pointed in the direction of @scars_care.

I instantly fell in love with Keelo, he was a community dog for most of his life and it was his second time at rescue. Just an all-around lovable baby bear who just needed a home to show him how life could be. Convincing Hippo of this was going to be the challenge though. When we took Hippo to meet him… oh lawdy was she vocal but we also learned that despite my thoughts that she was “aggressive” or “not friendly with all dogs”, she was just insecure and maybe a little rude.
Most people know Hippo’s story and as much as we had worked with her she clearly still had some demons and SCARS reassured me this was completely normal for a pup who had been in her situation. Keelo, well, he couldn’t care less about Hippo barking in his face and being unruly. He’s so light and breezy but has this confidence about him and the two ladies that we spoke to believed that these two could be a good match if we were willing to put int the effort, and they were right!
The first few nights were tricky… Keelo wasn’t used to being inside and it was obvious; I’d hear him pacing around at ungodly hours so I’d get up and let him out and sleep on the couch until he wanted back in. Now he’s content to come inside and even sleep in the room all night with us (I believe this is because of the AC partially).
As for Hippo, well she now has a confidence that @stormin_norm801 and I never saw in her before. She’s less vocal with other dogs on walks and even in the house. Being a pet owner is easy but being a responsible one is incredibly difficult. Had we just brought Keelo and said oh they will be fine or they will sort it out I can assure you today would not be the same outcome. We were given some great advice by SCARS and I wholeheartedly attribute the success of these two to those ladies and our willingness to follow their guidance. Here’s to a happy life together ♥️#scarsrescue #adoptdontshop
A few weeks later… we’ve come even further! The cold weather has hit and Keelo is loving being an indoor dog! And I can say him and Hippo are a match made in heaven. He’s a charmer for sure and bulldozed his way into the old gal’s heart. He’s even spent some days at the office soaking up all of the love. As each day passes he becomes more and more comfortable in the house and even claimed his own little spot to cozy up and watch movies with his famjam. He and I quickly developed a bond and he’s never too far from my side. He’s definitely what our home and Hippo needed in life, and I’d like to think we’re exactly what he needed too. 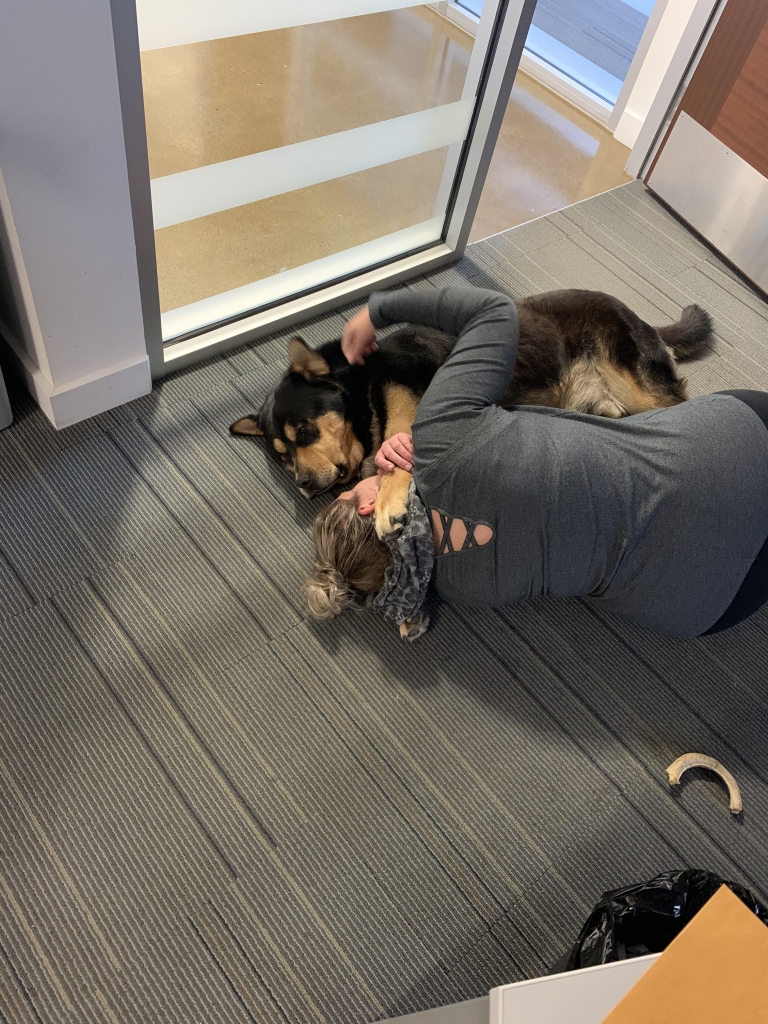 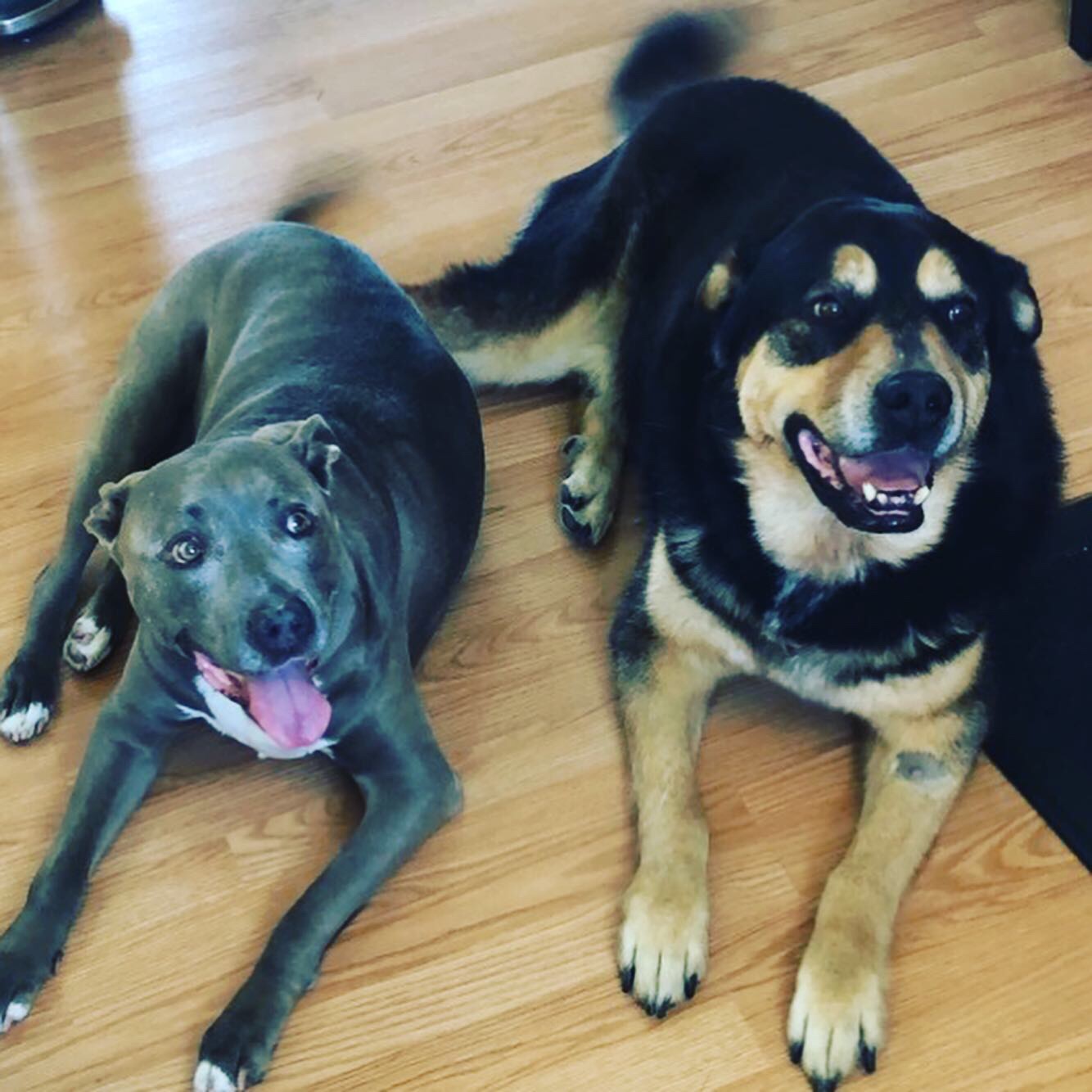 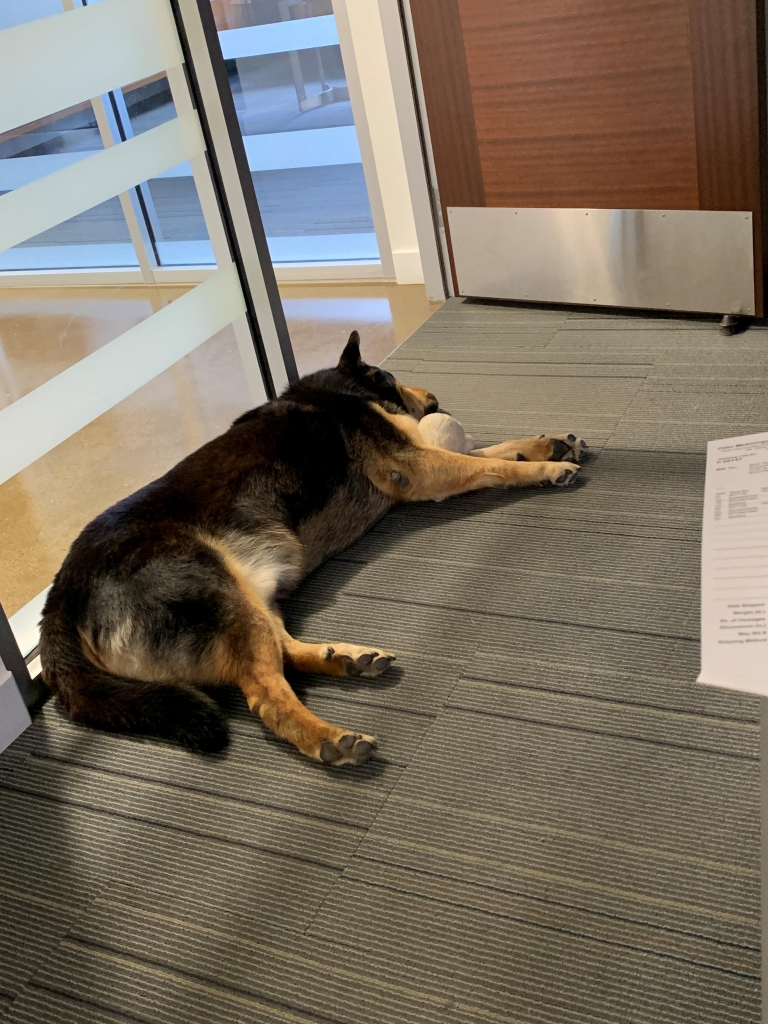 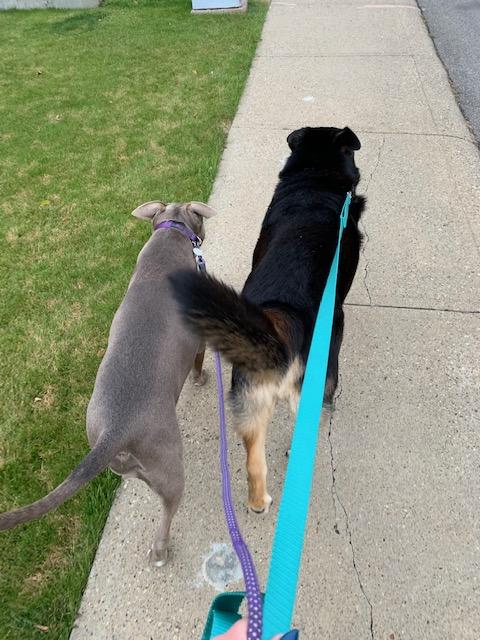 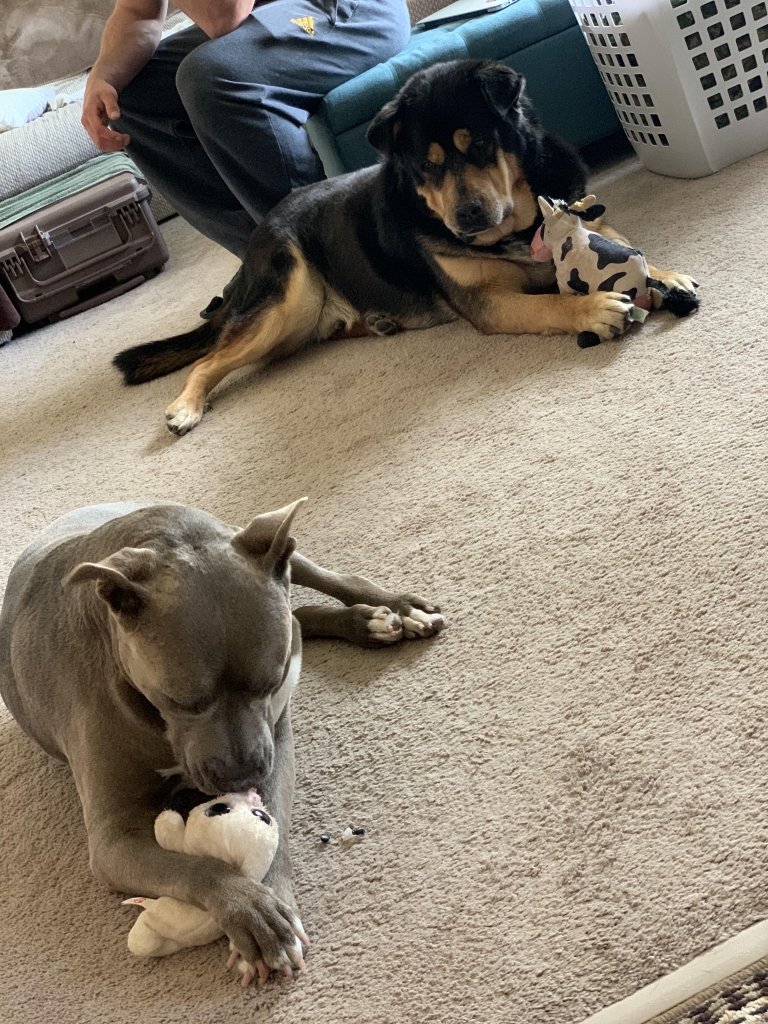