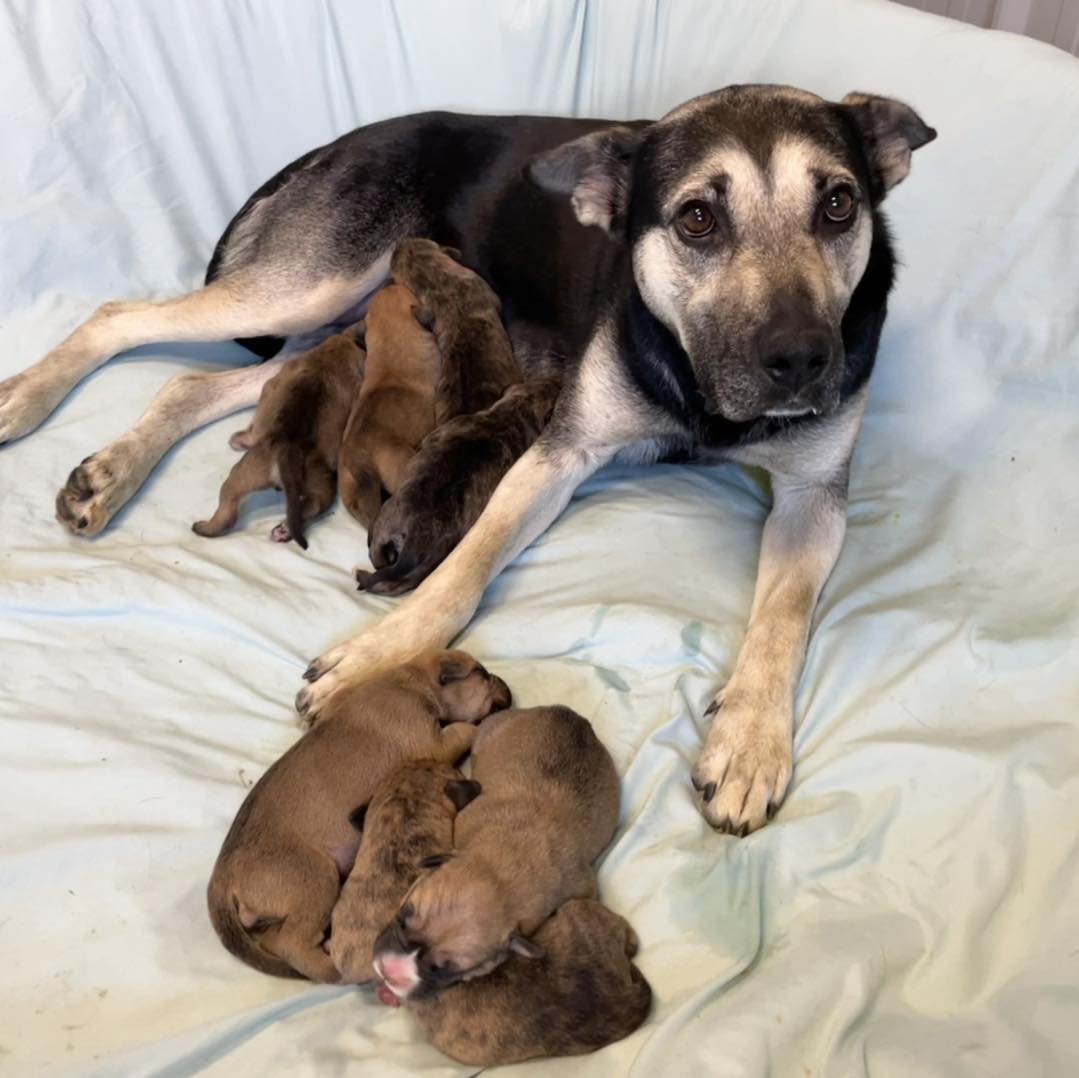 What a journey this girl has been on. We first heard about her from the many posts and concerned people who saw her standing in the middle of the highway – presumably dumped there and waiting for owners to return. Shockingly enough, they did not return. 💔

Anyone who would stop, she would run over to see but quickly was disappointed and would not let anyone get close enough. We resorted to a live trap, but she was just too smart for that. Over a month went by and locals were keeping an eye on her and replenishing the trap with every kind of food/treat possible.

We started to notice why she was dumped… she was starting to look very pregnant!  We were extra concerned that we were dealing with not just a feral dog, but a pregnant one. With the help of a couple special local ladies we finally got her in a trap, and to our delight she is not feral… simply scared. It took almost a month and a half to catch her!

Less then a week after being caught, she now has 7 beautiful pups!🐶🐶🐶🐶🐶🐶🐶
Welcome to the Family, Esme!  Her beautiful puppies will be named after the Grease theme! 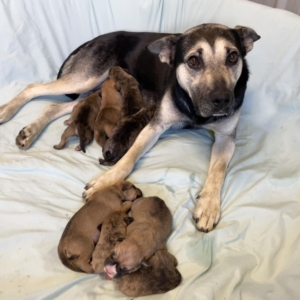 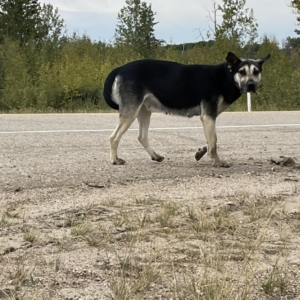 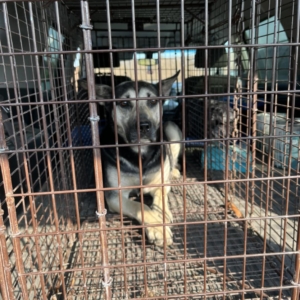 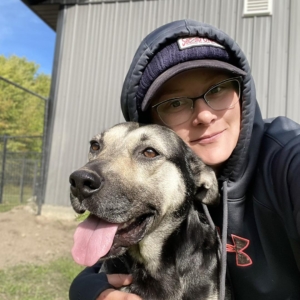 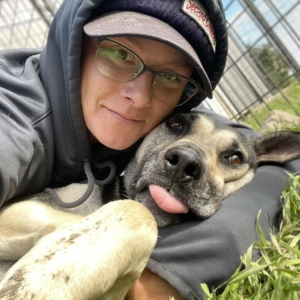