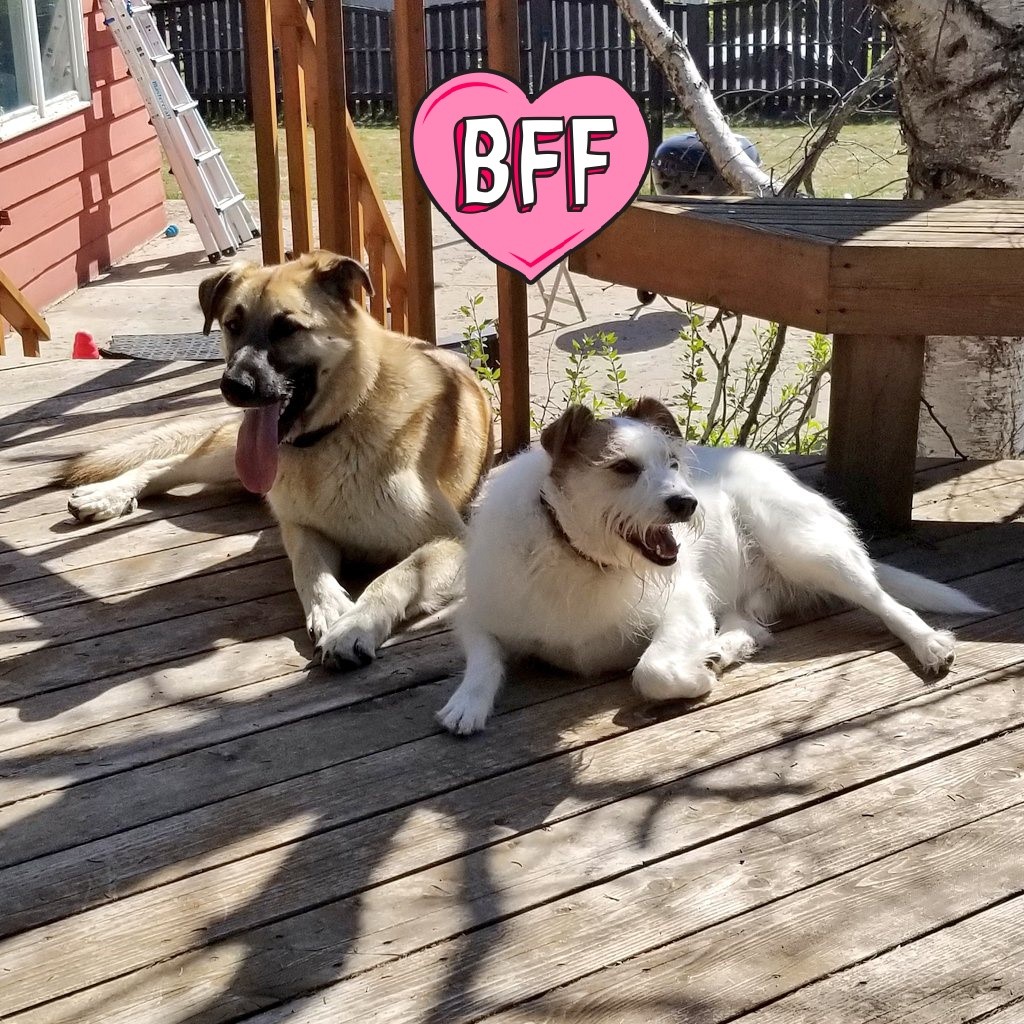 Hi SCARS! I fell in love with Enzo almost the moment I laid eyes on him. We sat down with his foster family to meet him and before long, he was laying at my feet, perfectly comfortable. I would have taken him home immediately, but we had to wait a week and a half. I was so sad to have left him that day.

It’s been just over two years since we first brought him home. He settled in almost immediately and took his place in the pack of two other dogs, a cat, and two humans. At first, he was a bit underweight and had issues with food. He seemed to be quite convinced that if he didn’t eat everything he could, right away, he might not get to eat anything else. He’s learned over time that he has his own dish and no one else will eat his food – but if he’s hungry and someone else hasn’t eaten, their food is fair game. So he’s put on a bit of weight!

Enzo’s got a bit of a bad leg from an injury that didn’t heal properly and we were told the vet he went to said there was still a small chance the leg may need to be amputated. Two years later, the leg is great! He will occasionally tuck it up under him when he’s running down stairs, but it certainly doesn’t hold him back! He can really move when he puts his mind to it – just digs right in.

(Weird aside: for a very long time, we never once saw Enzo poop in the yard. as it turned out, he would lean against the fence and poop on the bottom ledge. I think it’s easier for him with the leg to lean on something than to try to squat. And it makes clean-up a breeze!)

Right from the very first day, Enzo was utterly terrified of my husband Dave and we had no idea why. If he approached Enzo, Enzo would lay down and go limp. To this day, Enzo will never have his back turned to Dave, he will go the long way around to a door to go out, and he flinches if Dave moves too fast or talks too loud. However! If Dave is sitting or laying down, Enzo is happy to get close. He likes to lay down between us, face pressed into Dave, back up against me (because, again, he will never turn his back on Dave). Tall men trigger a fear in him that I wish we could understand.

At first, he didn’t seem to understand how to play with other dogs. He largely did his own thing: wandering around the yard, inspecting every leaf and blade of grass. Then Dave picked up one of those orange plastic sticks with the little cup at the end for throwing tennis balls and it scared Enzo so badly that I almost cried. The other dogs saw a toy, but Enzo saw nothing but terror. It broke my heart that he didn’t understand how to play.

Now he understands play. When he gets the friskies, he jumps around the other dogs and pretty soon they’re chasing each other, nattering, and play-bowing all over the place. He loves running the most. His favourite dog in the whole world is Daisy, who is a giant year and a half-old German shepherd cross. He thinks every car ride means a trip to Daisy’s. Daisy lives on a farm, so she shows him all her favourite spots: the chicken coop, the smelly stuff in the field, the pond, and all the best places. The day he discovered proper farm mud puddles was a good day!

Enzo is definitely my dog. I have never had a pet that has been so devoted to me. He goes where I go, he’s always by my side, always interested in what I’m doing. When I’m at the computer, he sleeps in his bed under the side table of the desk. When I go to bed, he makes sure he’s right there in prime cuddle position. Sometimes I wake up with his head on my leg or his back in my face. He will push Dave out of the way if he has to. If I am struggling with anxiety, he is right there for me. And if something scares him, he retreats to me. We help each other.

If I am home without Dave, Enzo goes into full guard dog mode. He will bark at anyone and anything that gets close to the house: other dogs, kids walking home from school, squirrels, a plastic bag floating down the street, and especially deer. He does not approve of their ways.

There is no one more excited to see me when I get home than Enzo. He stands at the living room window and watches me as I leave (sometimes there’s howling) and when I come back – whether I’ve been gone ten minutes or eight hours – he is waiting at the window for me. I can see him as I turn on to our street.

There is so much more that I want to tell you all about Enzo and how amazing he is. This email only skims the surface. I love this dog so much that it makes my heart hurt. I hate going anywhere without him and some day, maybe we can have a bring-your-dog-to-work day.

My only regret is that we didn’t meet Enzo earlier in his life. I would give anything to have those three years before he came into our lives. 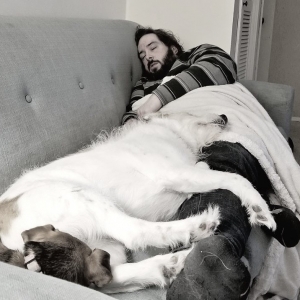 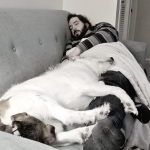 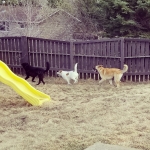 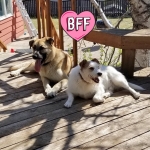 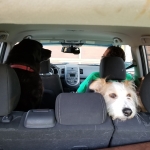 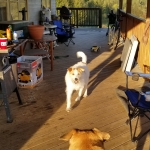 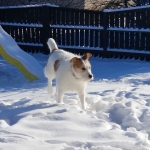