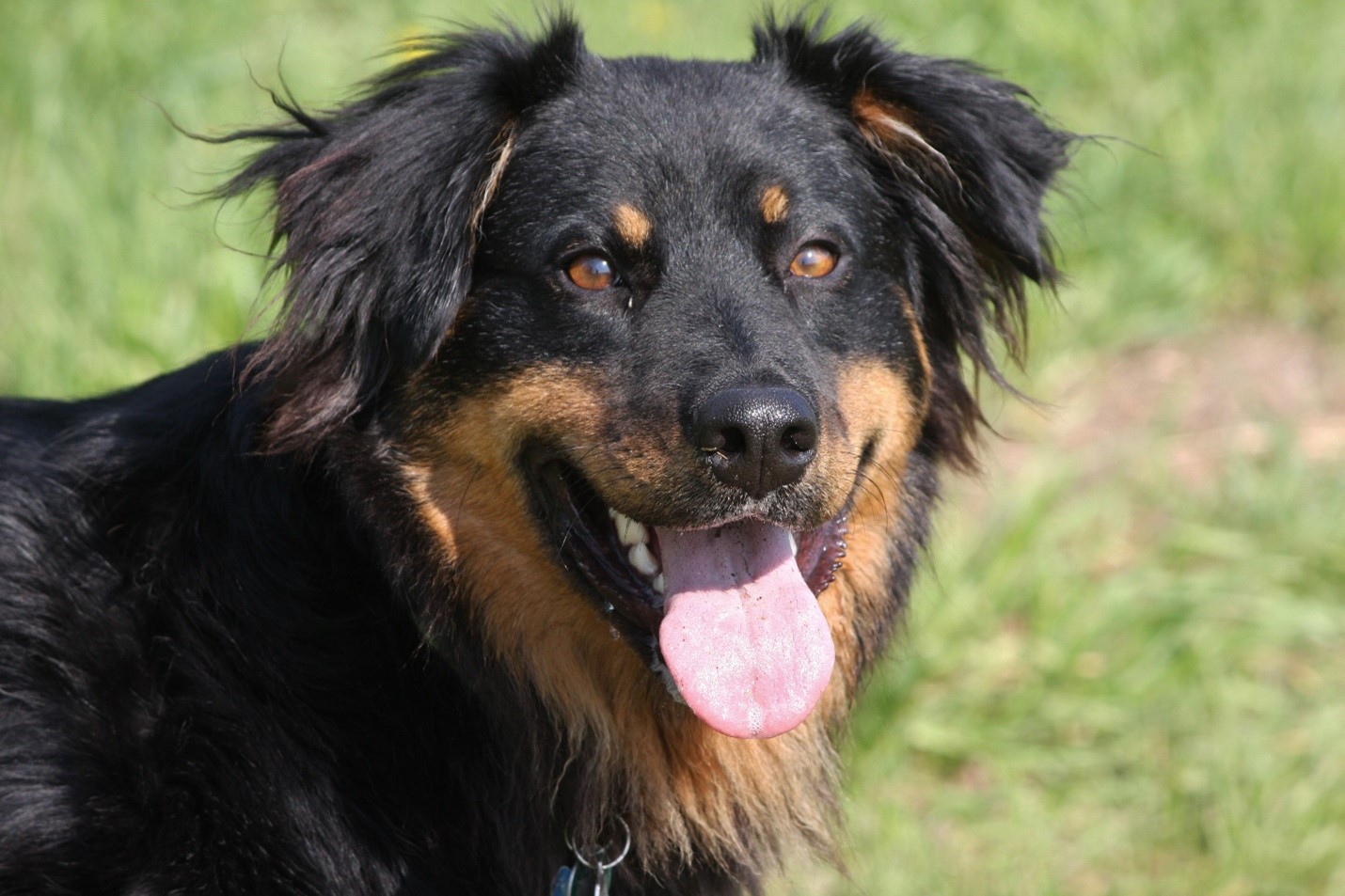 Hello SCARS, Here is an update on Crusoe who came to us in June 2011 during the first Canadian Animal Task Force clinic (then called the Alberta Spay Neuter Task Force) that SCARS was involved in. I had been volunteering for SCARS a year or so at that time, mostly as a driver. There was an influx of surrenders and strays from this first clinic so I said I would take a dog. He had been found by volunteers hiding in an abandoned dog house. They could not get him to come out and so they went back the next day and tried again, with success this time. He was put in a crate and brought to Edmonton by SCARS volunteer, Deb. I picked him up from her place that evening. One of the attached pictures of him is from that day. He was so anxious to eat the food I gave him, but also quite afraid. He had very severe mange – even with various treatments and baths he has bald spots to this day. He was not keen to walk on a leash but he soon figured out that it only meant good things. His easy going, gentle temperament was evident from the beginning. Soon he was visiting the off leash park and running like the wind – it was a joy to watch him and his doggy friends racing through the bushes. He was usually in the lead. He began attempting to play with my cat, Taz, and thought it was fun to carry him around by his collar. I posted him on the website for adoption. Of course, when someone eventually expressed an interest in him I knew he wasn’t going anywhere. He has shared most of his years with his four humans, Taz the cat, and Pebbles his dog sister, who is now gone. He’s 10 years old now and is turning grey but has the same loving manner. He still insists on his two walks a day and will politely sit in front of anyone, anywhere who appears to be handing out treats. He loves the ponds and trails at Terwillegar Park, rolling in snow, chasing his ball and getting as much love as possible. We hope to have many more years with Crusoe – I’m so glad for the volunteers who enticed him out of the dog house that day. 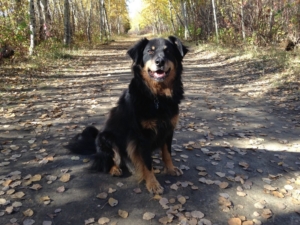 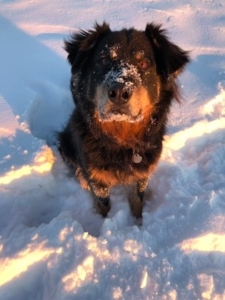 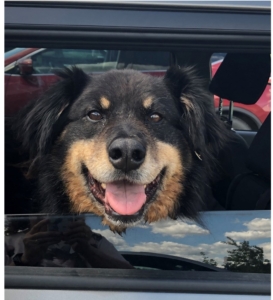 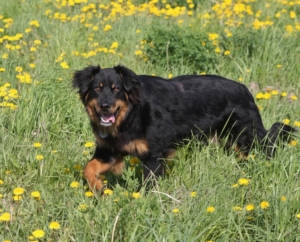 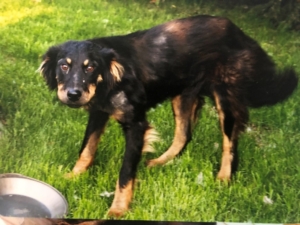 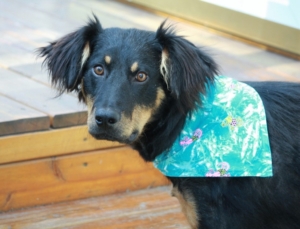 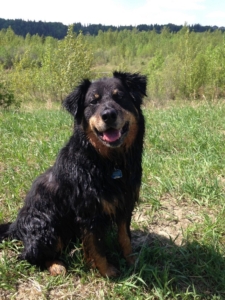