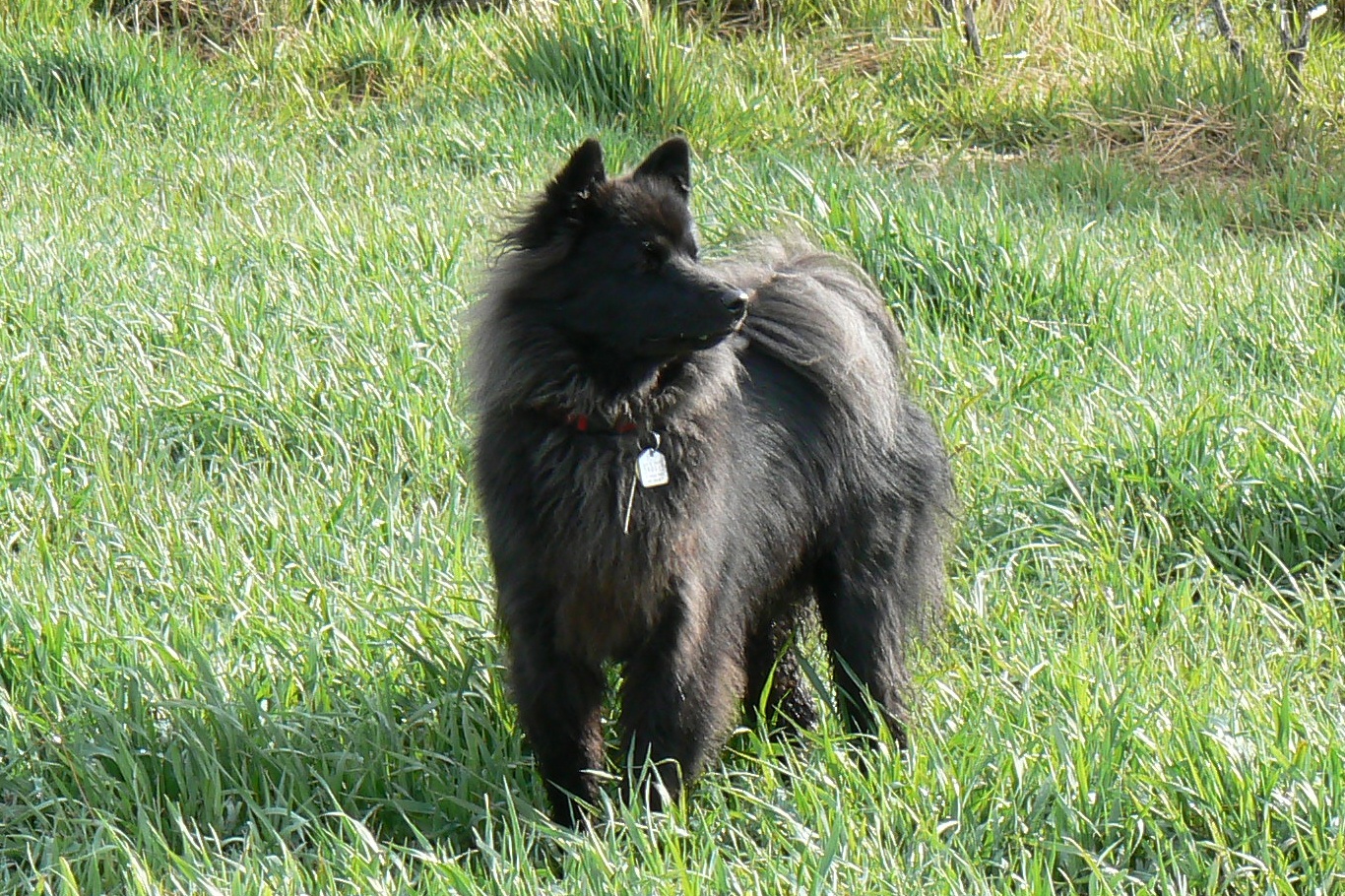 Hi SCARS, In January of 2007 we were looking for a dog on the rescue websites in the Calgary area, and we were finding that any dog we liked would be gone as soon as we called about it. We decided to look further a field and we came across PARS in Northern Alberta. There we saw a dog of the right size called Cinder.

After a few emails with Terra Maclean, we decided to adopt Cinder. As she was going to Mexico on vacation, Terra kindly agreed to bring him to Edmonton airport and do the hand over there. Cinder and I bonded on the car ride back to Calgary and by the end of the day he had bonded with the rest of the family, and from then on he was our loyal family dog.

We kept the name Cinder as it was such a great and unique name.Cinder was joined by Sheena (ex Miggles Mai) from PARS a year later and for the next 11 years Cinder and Sheena were an integral part of our family. (Sheena is still going strong and another PARS/SCARS dog Orest has joined us).

Cinder was a very handsome dog and he knew it. He would get lots of compliments on his looks from people we encountered on walks. He would strut when on the leash and after he had been to the groomers, he would do what the kids called ‘full on prancing’. After he had received his compliments, the conversation would always turn to what kind of breed is he?

My initial opening was often ‘Pure Bred Fuzzball X’, but as the conversations progressed Chow X was the first guess, then German spitz, maybe even Samoyed or Lapphund mixtures. After a few years we did the DNA test, it came back Pomeranian, Lab, Husky mix. So he was a essentially a giant Pomeranian!

Cinder was a gentleman, he never begged or drooled or overate. He had very good manners when greeting other people and dogs. Sometimes he thought so highly of himself, he did not always come when I called him. He would give you this look like ‘Who are you to be giving me orders’.

Cinder’s life time interest was chasing anything human on wheels. Bicycles, skateboards, roller blades were all fair game and I learned to always be scanning for these things coming down the path.

We are very honored that this wonderful and unique dog chose us and spent 12 years with us. He was a loyal family member and friend and we miss him greatly.

There is a big empty space in the house now.We would like to say thank you to Terra and all the volunteers at PARS/SCARS that made bringing Cinder into our lives possible. 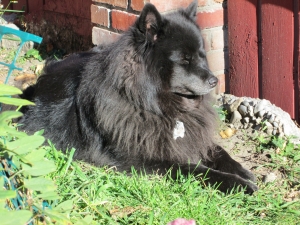 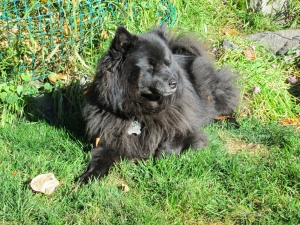 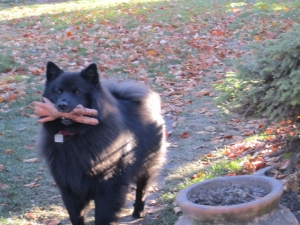 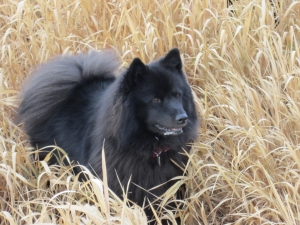 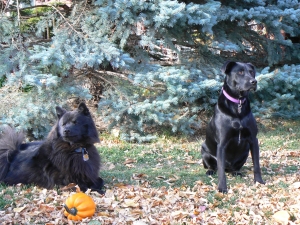 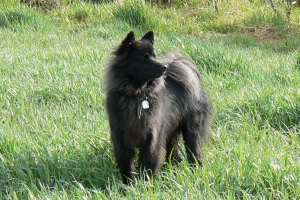 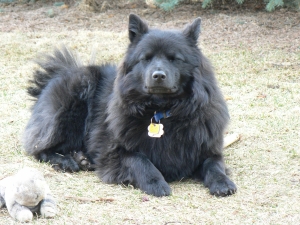 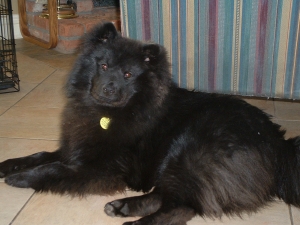 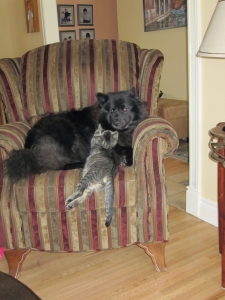