Chevy (in memory of)

Chevy (in memory of) 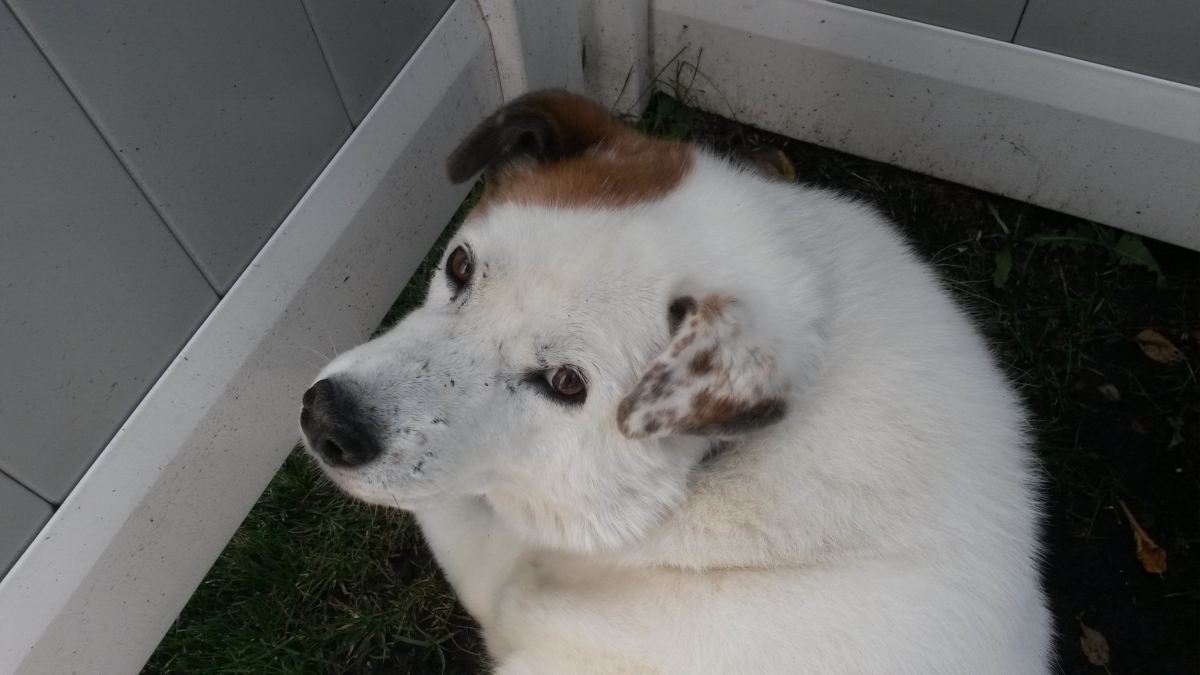 I want to let the SCARS universe know that our wonderful Chevy died recently, in peace, at home.

Chevy had been in congestive heart failure for almost two years and was feeling the effects of it more and more. As well, he had significant arthritis and struggled to get up and to stand at times. By the time of his death, he was also in a lot of pain from a tumour on his foot and had had at least one seizure.

Chevy was found wandering in the bush in northern Alberta, with broken teeth and scars all over his face and mouth. The first photo I saw was of him standing against the chain link fence in the kennel in the northern pound that he was taken to, looking happily out at the world.

Because neither his past nor his health struggles changed him or his attitude to life. He was the kindest, most gentle dog I have ever known, loved by the whole neighbourhood. If I walked him when school let out, he would be surrounded by children petting him. People in the area literally came out of their front doors and pulled over in their cars to tell me how much they loved him, how great he was. I also took him as a therapy dog to an extended care centre near us. The faces of the residents and staff alike lit up when he was there.

For us, Chevy was a big, white, shedding, ball of love and kindness. He gave us six and a half years of joy, laughter and love, love above all. We miss him very much. 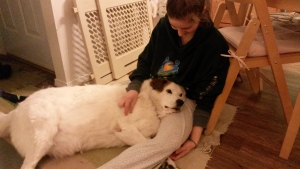 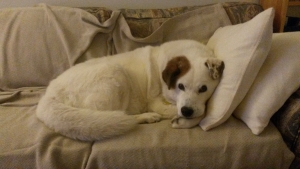 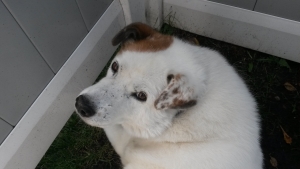 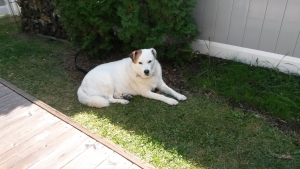