Bain was left for dead in a dumpster

Bain was left for dead in a dumpster 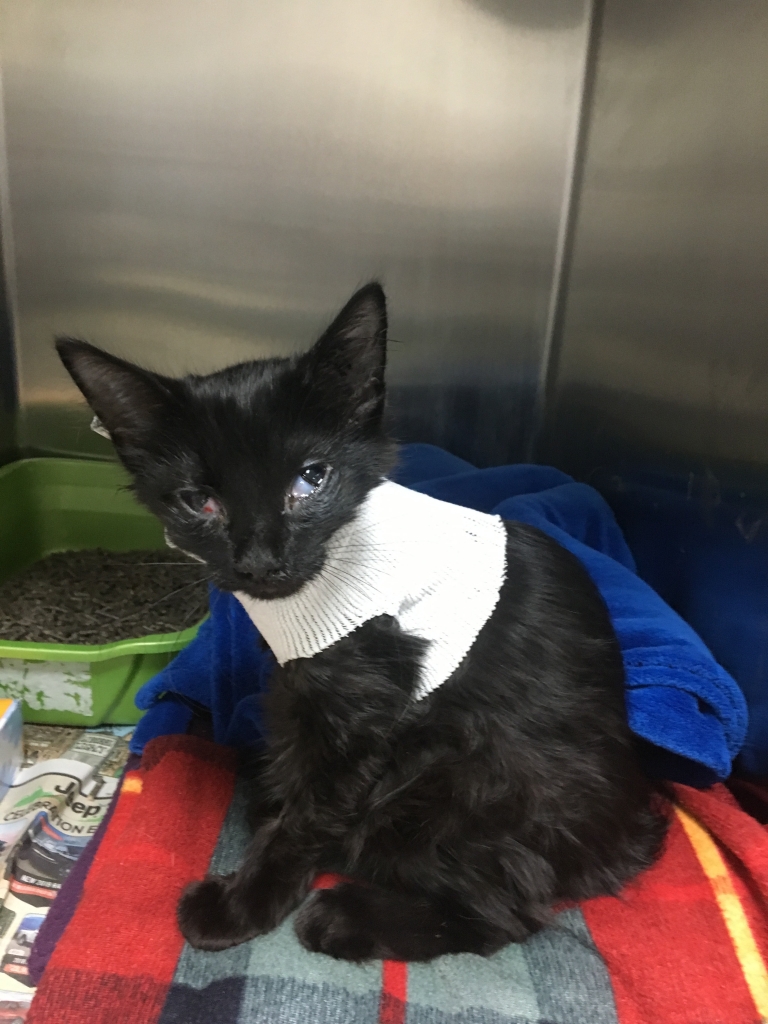 SCARS received a call from St. Paul bylaw. They had found a young cat, not even 6 months old. He was found tied up in a garbage bag and thrown in the dumpster. It is unknown if he was beaten but he has severe swelling around his head, eyes, teeth, nose, a broken jaw, and he was completely blind.
Still alive and desperate for help, he met his first Angel here on earth. The decision to euthanize was considered, but the bylaw officer, felt it was wrong, Bain deserved better. SCARS agreed to give this weary soul a chance. The peace officer drove through brutal winter conditions over 2 hours to get Bain to the Westlock vet clinic. Once there he had emergency surgery to put in a feeding tube and to help him breathe. His condition was critical with limited optimism for his survival.
He was blessed with another Angel in one of the compassionate vet techs at the clinic. She took him on as one of her own, providing virtually 24 hour care as he struggled to survive. Progress was painfully slow but being able to eat through a feeding tube gave him strength. He improved enough to have another surgery to close a hole in his palate.
This would make breathing easier and eating on his own possible. The journey has not been smooth or easy. Bain continued to need to be fed by syringe,, unwilling or unable to eat on his own…….until today…..10 days after he was found discarded in the trash he ate his first piece of kibble.
There just might have been some ugly crying at that moment. Bain is not out of danger yet, but he has passed so many major hurdles we are growing optimistic.. Time and contined care hopefully can give him the happy ending he so richly deserves. SCARS can not thank the Peace Officer who found him and the committed staff at the Westlock Vet Center enough, they are true heroes.
Bain is so gentle and loves affection, please in your comments focus on what is good, not the negative from his past. If you are able to contribute to our pay it forward campaign, please do. The lives of innocents like Bain depend on your generosity. 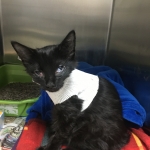