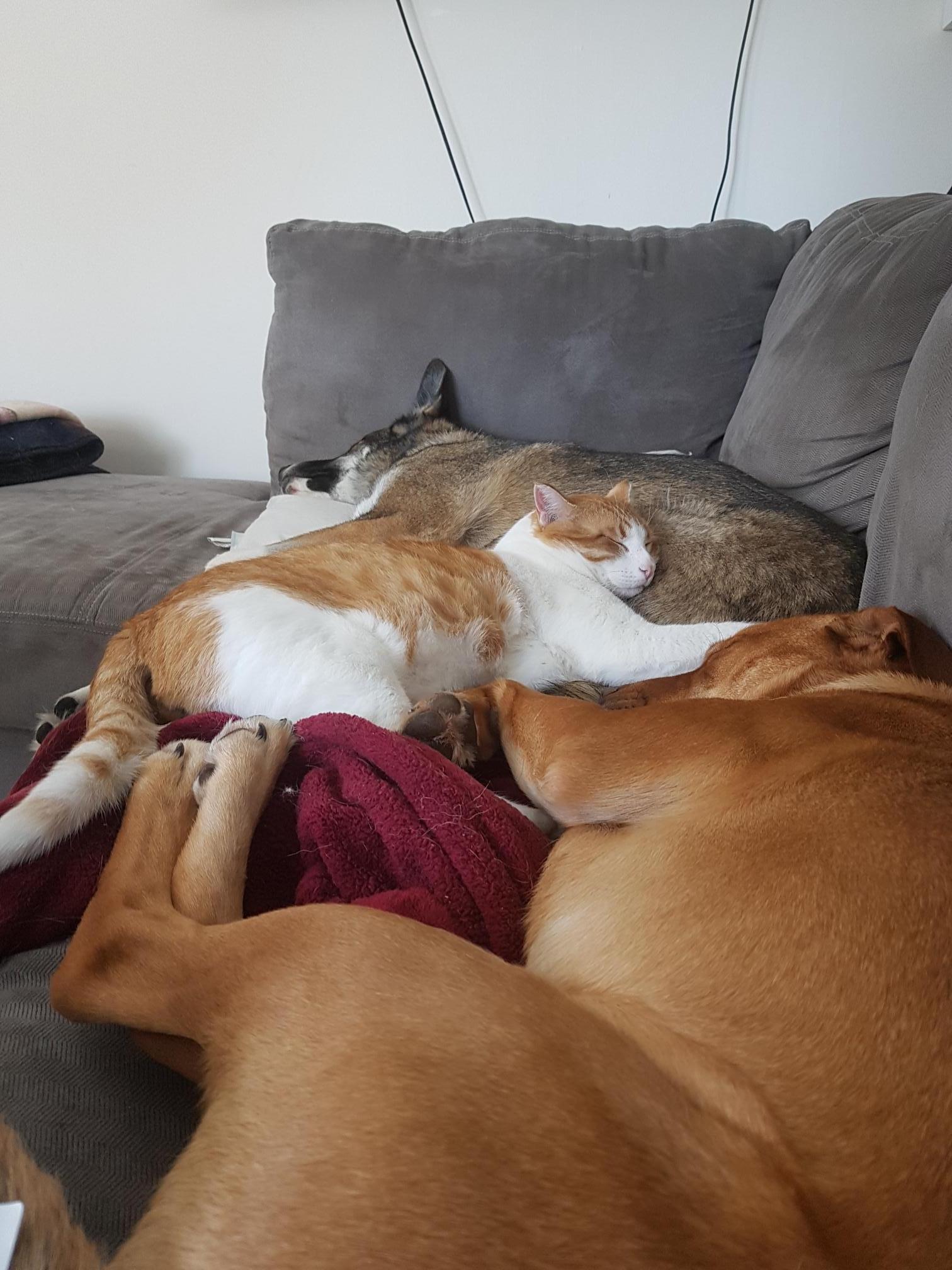 In the fall of 2017, we decided to expand our family and get our 1-year-old Pitbull cross, Bowser, a companion. We chose SCARS, filled out an application and watched the website for a dog we thought would make a good match. Eventually, we found a girl that needed a confident pal so we met up with the foster home to see how they got along.
After a few attempts to see if she would take to Bowser we decided that it would not work. No matter how much Bowser tried to convince her to be his friend she was not having it.
The plus side of the situation was that on our final attempt trying to make friends with the stubborn girl we met Anubis (then Kygo).
As soon as Bowser and Anubis met, they became buddies. Anubis was too little for neuter so he had to stay on with his foster parents until he could have his procedure. But finally the day came to pick him up and Bowser was over the moon to be bringing home his new little brother.
Now 16 months later Anubis is now the bigger brother and knows exactly how to push Bowsers buttons to get him to play, fight or abandon mom’s lap so Anubis can steal Bowsers spot.
Anubis also loves his kitties. He has great fun getting down to their level and bouncing around or playing chase around the bed… oh and I know he thinks kitty snuggles are almost as good as snuggling with mom or dad in bed or sharing mom’s lap with Bowser. Good thing the kitties love Anubis as much as he loves them cause his mom does not let him instigate play time or snuggles with the cats, it is up to the cats to approach him.
It took a bit of time for Anubis to do his commands. Anubis is a stubborn boy, and not at all a people pleaser like his brother. It was when we discovered that Anubis loves veggies (especially peas and green beans) that he made real progress on his command response. Before that discovery, Anubis learned the commands fast but was too stubborn to do them. Between the right treats and the fact that Bowser is amazing about showing Anubis exactly what to do, once he started he excelled quickly.
The downside to the treat discovery was keeping him out of my garden. We had to fence it to keep Anubis from helping himself to whatever he wanted.
We now have Bowse and Anubis to the point where they know voice commands and hand signals for up, sit, lay down, shake paw and high five.
The pair also have their wait, stay, leave it, come and come now mastered.
Bowse has been a natural at his recall but Anubis has been a lot of work to get to where his command response overrides his curiosity and prey drive (magpies and squirrels are his nemesis and mice are fun things to catch and snack on) but finally Anubis is able to run with Bowser on off-leash walks.
Like with any puppy we went through the challenges of having a puppy. There were accidents (which didn’t last too long). There were a few chewed hats, a lot of chewed underwear, more chewed socks than we can count (especially after he got tall enough to help himself to the laundry basket), and a couple chewed shoes.
One day we would like to DNA test Anubis to see what breeds he is. When we got him SCARS guessed he was maybe an Akita cross but now he is grown we are confident he is part Shepherd. Bt what his crosses are is an ongoing debate in our house (but I don’t think it is Akita). Though it doesn’t matter in the end, we wouldn’t love him any less no matter what he is. 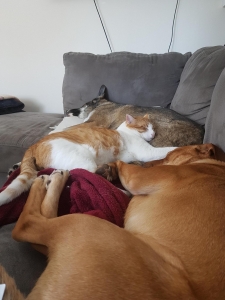 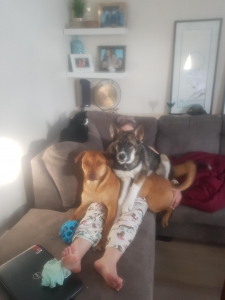 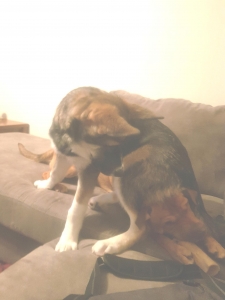 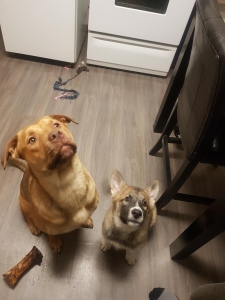